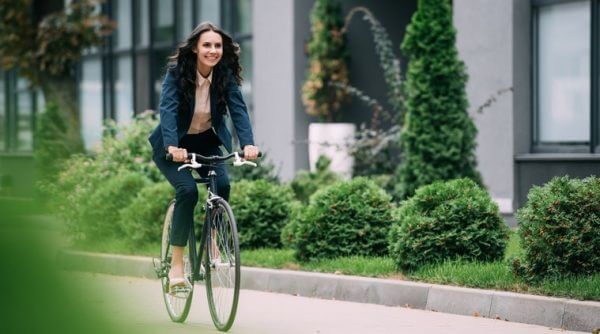 Benefits of fitness were seen in ma en and women, in all age groups, and at all fitness levels, researchers said.
Taking the stairs, cycling or walking to work may help you live longer, regardless of age, sex and starting fitness level, a large-scale study unveiled on Friday claims.

“People think they have to start going to the gym and exercising hard to get fitter,” said Elin Ekblom-Bak, from the Swedish School of Sport and Health Sciences in Stockholm.

“But it doesn’t have to be that complicated. For most people, just being more active in daily life – taking the stairs, exiting the metro a station early, cycling to work – is enough to benefit health, since levels are so low to start with. The more you do, the better,” Ekblom-Bak said in a statement.

This is the maximum amount of oxygen the heart and lungs can provide the muscles during exercise, according to the study presented at EuroPrevent 2019, the annual congress of the European Association of Preventive Cardiology (EAPC) in Portugal.

The risk of all-cause mortality and cardiovascular events fell by 2.8 per cent and 3.2 per cent, respectively, with each millilitre increase in VO2 max.

Benefits of fitness were seen in men and women, in all age groups, and at all fitness levels, researchers said.

Previous studies have been too small to ascertain whether all of these subgroups profit from improving their cardiorespiratory fitness.

There was no plateau of benefit in the total population, with some variation between sex- and age-subgroups, researchers said.

“It is particularly important to note that an increase in fitness was beneficial regardless of the starting point,” said Ekblom-Bak.

“This suggests that people with lower levels cardiorespiratory fitness have the most to gain from boosting their fitness,” Ekblom-Bak said.

Increasing fitness should be a public health priority and clinicians should assess fitness during health screening, said Ekblom-Bak.