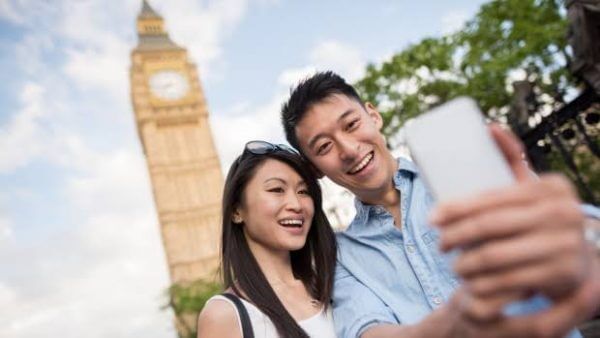 The results of a new survey show that of a handful of countries, holidaymakers from Italy are most likely to choose their vacation destination based on how good the photos will make them appear on Instagram.

That’s according to a poll conducted for online travel agency eDream, which surveyed 8,000 people in Germany, France, Spain, the UK, Portugal, Italy and the US on how social media influences their travel plans.

At 58 per cent, Italian travellers are most likely to book their vacation destination based on its “Insta-worthiness” or how good their travel photos will look on Instagram.

Italians came out in front over Spaniards (55 per cent) and Americans (52 per cent). The country that remains relatively impervious to the pressures of social media? The UK, where only 14 per cent said they care about their destination’s social media impact.

While it’s become a common strategy for hotels and tourism boards to tap influencers to sell their travel brands on Instagram, only a marginal percentage of respondents said they’ve booked a holiday destination inspired by an influencer.

Again, Italians emerged the most impressionable with 11 per cent seeking travel inspiration from their favourite Instagrammer, followed by the US (10 per cent), France (8 per cent), Germany and Portugal (6 per cent), Spain and the UK (5 per cent).

The results also revealed that Americans are the most likely to use filters on their photos, saturating colours, brightening exposures and blurring away fine lines.

More than half (51 per cent) of Americans admitted to using editing tricks, followed by the French and Italians.