A woman in the Making 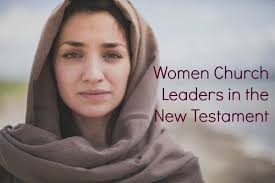 French painter Maite Delteil’s women protagonists break free and shine in a world of their own, uninhibited by the world that surrounds them.
Lost in thought, the nude figure of a woman puts together a bunch of flowers on a vase in her room, in noted French painter Maite Delteil’s painting Arranging Flowers, at Art Alive Gallery in Delhi. Immersed in deep contemplation, another canvas, named Pensive, shows a woman seated on a blue couch, gazing at the floor of her drawing room. Spread out across her bed, the wave-like silhouette of a female captures the zen-like protagonist looking admirably at her knee-length jet black hair, in Young Girl with Black Hair. Around 33 artworks by Delteil, wife of famed Kolkata-born contemporary artist Sakti Burman, offers many moods of a woman, as they inhabit their bedrooms or boudoir, without a single male in sight. Her latest exhibition “The Yellow Room”, presents a young Delteil, growing up in France in the ’60s.

The environment then was more conservative and hostile for women. She was disowned by her family when she married Burman in 1963. Delteil’s inspiration for these works can be traced back to that time.“I had family problems back then, and I was disturbed by that. Maybe I have tried to show the modern lady who has to find a place of her own without thinking about anyone, even when you are thrown out of the house. The figures are not nude in the sense of shedding clothes, it is portraying women without inhibitions,” says the 86-year-old artist, who spends her time between Paris and Delhi. Bearing a dream-like quality and an influence of Henri Matisse, known for his colours and fluidity, women embracing self-love, breaking free and finding comfort in their own skin are themes that run through the show. The Bath is one prime example, as Delteil’s female actor stands tall in her bathtub, accentuated by the boundary of a pink curtain. In Morning of Spring, another nude portrait of a woman staring at herself in the mirror is surrounded by colourful trees pouring out of the window of her bedroom. “In France during the ’60s, it was not compulsory for women to work and it was not easy for them to get a job either, because people were giving preference to men. Just like how it exists in India,” Delteil says, “But it has slowly changed over the years.” Delteil earned her education in arts at Ecole Des Beaux Arts, Academie de la Grand Chaumiere, Academic Julian and National School of Arts in France, thanks to the encouragement given by her father, who couldn’t become an artist himself due to family pressure. She was given fellowships by the French government to study in Spain and Greece. Art Alive Gallery’s founder Sunaina Anand discovered Delteil’sartworkss in her countryside home in Anthe, France, last year. “These are introspective works from a woman’s perspective. When one looks at them, one wonders what the woman is thinking and what happens to us when we are with ourselves. In each work, the woman is not intimidated by her surrounding or conscious about who is looking at her. She is only with herself,” says Anand.