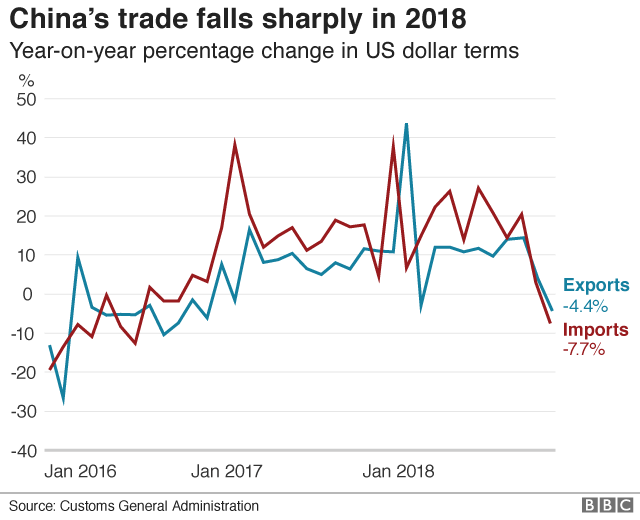 Investors awaited trade data for signs of recovery in the world’s largest economy amid mounting worries over slowing global growth. Market consensus favors exports would rise 7.3% y/y after a 20.8% decline in February (New Year-related), while imports are seen falling 1.3% y/y after a 5.2% contraction the previous month. Consequently, the trade surplus is expected to widen to $7.05 billion from $4.08 billion.

On U. S.-China trade deal, the United States and China have largely agreed on a mechanism to police any trade agreement they reach, including establishing new enforcement offices, U. S.

Treasury Secretary Steven Mnuchin said on April 10. Mnuchin noted that progress continues to be made in the talks, including a productive call with China’s Vice Premier Liu He on Tuesday night. The United States is demanding that China implement significant reforms to curb the theft of U. S. intellectual property and end forced transfers of technology from American companies to Chinese firms. Washington also wants Beijing to curb industrial subsidies, open its markets more widely to U. S. firms and vastly increase purchases of American agricultural, energy, and manufactured goods. On Thursday, the Chinese commerce ministry confirmed that senior trade negotiators from both countries discussed the remaining issues in a phone call following the last round of talks in Washington. In the next step, both trade teams will keep in close communication and work at full speed via all sorts of effective channels to proceed with negotiations, Gao Feng, the ministry’s spokesman, told. The two sides are working on broad agreements covering six areas: Forced technology transfer and cyber theft, intellectual property rights, services, currency, agriculture, and non-tariff barriers to trade.

CURRENCY NEWS: China’s yuan weakened against the U. S. dollar on Friday, inline soft mid-point fixing by the central bank. Before market opening, the People’s Bank of China (PBOC) set the midpoint rate at 6.7220 per dollar, 132 basis points stronger than the previous fix. The yuan was quoted at 6.72 per U. S. dollar, 0.01 percent weaker than the previous close of 6.719.