Does Technology Help Or Hinder Humanity? A Discussion With Sir Martin Lewis 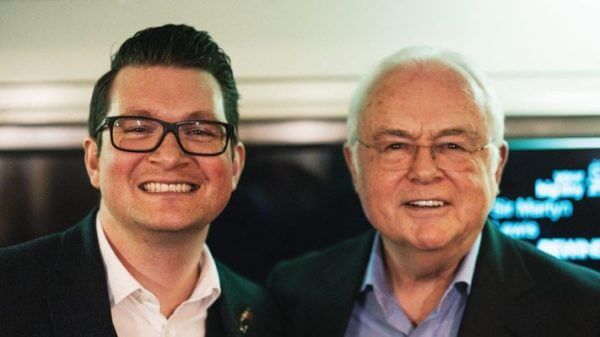 I first met former broadcaster, Sir Martyn Lewis, back in January. We met at an event I was hosting on marketing innovations at The Club at The Ivy in London. During the Q&A, he questioned me on the impact technology was having on humanity. It was a lively discussion, and one we both wanted to continue – so we reconvened earlier this week to do just that.

Martyn and I met on what could well go down as a controversial and potentially game-changing day in the UK for websites and social media: the day the government published the Online Harms White Paper – a plan to put an end to the era of self-regulating internet platforms. We dealt with that elephant in the room first.

Illegal and unacceptable content, bullying, propaganda designed to aid or abet terrorist attacks, algorithms which can lead to ‘echo chambers’ or ‘filter bubbles’, inciting violence…there’s a lot for the public to be concerned about – hence the need for a new regulatory framework to improve our safety online.

As Martyn said: “A lie is up and halfway around the world before the truth has got its boots on.”

Fake news can easily be spread with social media. Rules are needed. This topic could have taken over the whole evening, but we had a lot of ground to cover, so we moved on and whirled through a number of subjects, from 5G to driverless cars, cyber warfare to the space race. It was a ‘tour de raison’, as Martyn described it.

One of the first discussion points was online shopping and the impact on the high street. I wrote about this very subject a couple of months ago. Everyone has empty shops in their local communities, and it’s upsetting, but cheaper prices and convenience are driving people online. However, while technology is killing the high street, there is an argument that it could also save it – innovations like AR mirrors and virtual changing rooms could inject new interest in retail and drive more traffic in-store.

We couldn’t have gone through the evening without mentioning robots: should we tax them? Will we get to a point that they are making the rules? Can robots be creative? Should we give robots the ability to be illogical? I answered yes to all of these.

Next, we discussed the ramification of AI taking over 25% of jobs. While there was a talk on what the jobless might do with their time, we both came back to the money side of things. Some countries are already looking at alternatives like Finland and the universal basic income experiment. But we’re far from a solution that has global appeal.

“Does tech destroy our ability to develop relationships?” asked Martyn. We now interact with a device more than each other. Technology is so important to Millennials that 53% would rather give up their sense of smell than their tech. Over 80% sleep with their mobile phone and 32% of Millennials check social media from the toilet. But an upside to all of this is the frequency in which we now communicate. I ‘chat’ to my mother via Whatsapp now more than I ever did before.

On to education: Martyn wanted to know if I believed technology “enabled people to learn faster, learn more? Will tech results in a better-educated society?”.  As a former university lecturer, this subject really resonated. To have the world’s knowledge at our fingertips is amazing. MR will democratize intelligence and VR is the learning aid of the 21st century. More thoughts on this subject in this article I wrote in March.

Martyn asked, “do we need to be well behaved all the time on the assumption that someone is listening constantly?” I replied, “do we care who is listening? Who decides who is behaving well?” We could have spent a lot longer on this topic!
space, the final frontier… “Rovers on the moon, man on Mars…why are we having this space race?” asked Martyn. I replied that the space race is sharpening and focusing the mind on solving some big technological problems. Plus, it brings us together in moments of awe and unites us with feelings of pride for what we have achieved; what we have achieved through the power of technology.

A final thought from Martyn: “I wonder if in the rush to develop new technology, some people are not thinking enough about uses of older tech – the technology that has been left behind? Is there enough lateral thinking going on, or are we always constantly looking at one new device after another?” I agreed that we are interested in the shiny, the new, the ‘what’s next’; and we do need to take a step back sometimes. But, the need to progress through technology is part of humanity – that drive to invent and change will always be there.

Sometimes, we just need to remember that we can get inspiration from the everyday and simple things in life.

We are on the cusp of a fourth industrial revolution, and it’s challenging our idea of what it means to be human. New technologies that combine digital, physical and biological worlds are creating massive change at great speed. However, whether these are forces of innovation or disruption really comes down to our individual and societal beliefs. Martyn and I certainly weren’t going to solve the world’s problems in an hour…I feel another session coming on! In the meantime, you can watch the full discussion here.