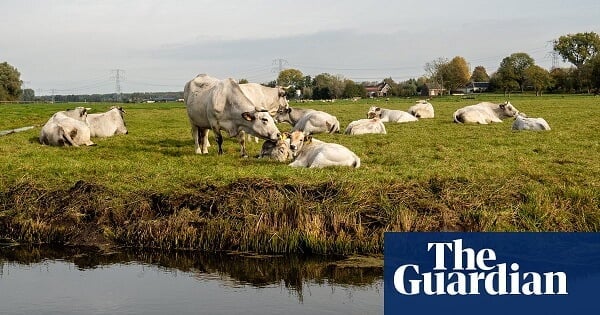 An investigation into the Dutch food safety authority has been ordered by the minister of agriculture, Carola Schouten, following repeated allegations that sick cows are being slaughtered in the north of the Netherlands.

A number of cases have been brought against cattle traders and slaughterhouses for transporting and offering sick cattle for slaughter in recent years, with several consequent convictions. Now the government is to review the Dutch food safety authority (Nederlandse Voedsel en Waren Autoriteit, NVWA). The NVWA is responsible for monitoring the slaughterhouses, but questions have been raised about its effectiveness since it was established in 2012.

The investigation comes as European governments probe the “sick cow” scandal in Poland in January after an undercover journalist filmed cows too sick to walk being dragged on a winch into a slaughterhouse. Since then, EU commissioners have uncovered irregularities at a number of Polish slaughterhouses, and investigations are ongoing.

“We have strong suspicions that meat of sick animals from medium-sized slaughterhouses in the north of the Netherlands ends up in the food chain. I am talking about meat that is unfit for consumption,” says Dutch member of parliament Tjeerd de Groot, of the social liberal party D66. Last month he asked parliamentary questions about the supervision of slaughterhouses by the Dutch food safety authority.

“Recently, there have been several court cases against cattle traders and slaughterhouses for transporting and offering sick cattle for slaughter,” de Groot told the Guardian. “We think these court cases are only the tip of the iceberg. We hear stories from representatives of whistleblowers that carcasses of rejected animals are hung aside, seemingly for destruction, but that actual destruction doesn’t take place.

“We want to know if we are talking about mere incidents or about something structural. We also want to know where these sick animals come from. Are these Dutch animals? Is there perhaps a structural problem with animal welfare?”

In 2013, Dutch veterinarian Thiadrik Blom filmed sick pigs being slaughtered in the slaughterhouse where he was conducting inspections. The pigs were suffering from pneumonia or had abscesses. He reported this to the NVWA, which took no measures against the slaughterhouse. Instead, Blom was transferred.

When the media reported this story, 70 vets spoke out in support of Blom and warned about abuses in slaughterhouses. The Dutch minister of economic affairs decided “something drastic” had to change and invested €30m (£25m) in an improvement plan for the NVWA.

Four years later, in 2017, two meat inspectors anonymously sounded the alarm on Dutch television that the situation had not improved in spite of the millions that had been spent on the plan. One of them said: “It happens that veterinarians [at the slaughterhouses] approve of animals of which we say, ‘These animals really do not belong in a supermarket, they are not fit for human consumption.’ And those animals just go to the market anyway.”

His colleague said: “We are very worried about the quality of the meat inspections in slaughterhouses in the Netherlands. We even think that food safety could be at stake here.”

The same year, three Frisian companies were condemned for transporting and offering sick and wounded animals for slaughter. For example, one cow had an open wound on its leg that was dressed only with a piece of paper and duct tape. Local press reported the public prosecutor Siebren Buist as saying: “The cattle trader, the carrier and the owner of the slaughterhouse spoke about this incident as if it were the most normal thing in the world. I found that very strange and disturbing.”

Buist reportedly added that it can happen that 120 dubious cows a year are offered to a slaughterhouse. “They may eventually end up on your plate. This is about animal welfare and public health.”

“The improvement plan hasn’t changed much,” said Esther Ouwehand, member of parliament for the Party for the Animals. “Inspectors in the slaughterhouses do not seem to take notes. This might be because they don’t have enough time, or because they have gotten used to what goes on, but it could also be because there is an atmosphere of intimidation.”

The pending investigation will focus solely on the way the NVWA has supervised slaughterhouses in the north of the country. Ouwehand believes that is not enough. “This is not something that only happens in the north. We are being called by whistleblowers from all parts of the country who have witnessed similar things. But they are scared to lose their jobs when they speak out.”

She added: “The truth is that in some Dutch slaughterhouses the meat of sick animals is set apart for destruction but still finds its way into the food chain. But apparently, the interests of the meat industry outweigh questions of public health and animal welfare.”

The public prosecution service recently announced an investigation into a slaughterhouse in the northern province of Drenthe for slaughtering sick animals, and fraud, but it declined to answer questions because of “the sensitivity” of the subject.

“… There are a number of investigations into the transportation of sick cattle to slaughterhouses,” a spokeswoman wrote in an email. “What we see in the line of abuse is precisely why the subject is so sensitive.”

The NVWA declined to be interviewed for this article.

The Netherlands beef export industry was worth approximately $2.7bn (£2bn) in 2017, according to UN figures. Their biggest customers are other European countries including France, Germany, and the UK.