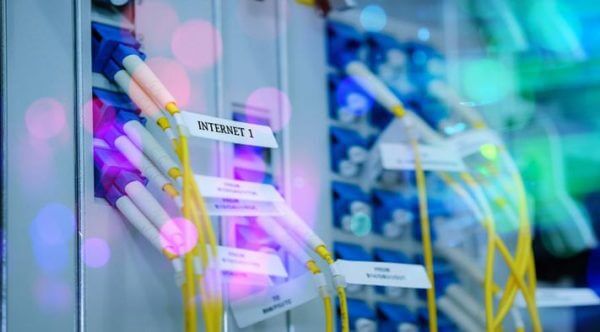 OBSERVATIONS FROM THE FINTECH SNARK TANK

Citing a recent study from UBS on US banks’ tech spending, Business Insider reported that:

JPMorgan, the highest spender, has an $11.4 billion technology budget this year, a 5.6% uptick from last year’s $10.8 billion. Bank of America’s IT spend was second, at $10 billion, followed by Wells Fargo at $9 billion and Citigroup at roughly $8 billion.”

The information points to a growing gap between the largest and smallest banks, and how much they can afford to invest in and develop new technologies. Smaller banks are falling behind, the report said, and putting regional institutions at a competitive disadvantage.”

Do any of you have small children? Do you eat more than they do? I bet (and hope) you do. You’re bigger, therefore you need more food.

It’s the same with the banks. The megabanks are bigger–so, of course, they spend more than smaller financial institutions. The key questions that need to address here:

I’m not sure where this “growing gap” is coming from.

As a percentage of assets, IT spending at five of the largest regional banks is slightly higher than it is at three of the four megabanks. And my bet is that the only reason Wells Fargo’s IT spend as a % of assets is as high as it is is because it’s IT spending is continuing to increase even though the bank’s assets have been capped.

Bank IT Spending SOURCE: UBS, BUSINESS INSIDER, BANKRATE.COM
As a whole, credit unions’ spending on technology is not far behind the mega- and regional banks.

According to Cornerstone Advisors’ 2018 Performance Report, the median IT spend as a per cent of assets among credit unions was 0.42%–just 12% lower than the average of the nine mega- and regional banks.

The NCUA reported that in Q1 2018, federally insured credit unions in the US held a total of $1.42 trillion in assets. That means they spend about $6 billion total on IT in 2018–just a little more than half of what JPMorgan Chase will spend by itself this year.

Community banks, however, are another story.

According to Cornerstone’s research, mid-size banks ($500 million to $50 billion in assets) spent roughly 0.22% of assets on IT in 2017. It might be more today, but it seems a bit far-fetched to think these banks’ IT investments have doubled in two years to catch up to the rate at which the larger banks investing.

According to the Business Insider article:

It’s worth noting that JPMorgan said nearly half its 2018 technology budget was focused on disruptive technology within the bank, while Bank of America said it put 30% of its budget toward technology initiative investment spend.”

Somebody (at Chase, maybe) needs to check the dictionary for the definition of the word “disruptive.”

Traditional banks’ legacy IT infrastructures are suffocating and holding them back from bolstering their competitive edge.”

Which means that it’s a bit hard to believe that Chase is spending half of its IT dollars on “disruption.”

Cornerstone’s data puts mid-size banks’ and credit unions’ spending on “strategic” technologies much closer to the Bank of America number at 28% and 21%, respectively.

The Business Insider and Pymnts articles infer that the megabanks’ higher level of spending on IT is creating some kind of competitive gap.

That’s too simplistic a view.

It’s conceivable that–because they tend to be so highly dependent on technology vendors for IT services–community banks and credit unions are actually able to support operations with a lower level of IT investment than the large banks who rely mostly on in-house developed systems.

[I can picture some community bank and credit union CEO friends of mine thinking “Are you out of your mind, Shevlin? My core vendor is raking me over the coals.” Maybe. But (try to) imagine what it would be costing you if had to develop and support everything yourself.]

The key is to look not at total tech spend but at strategic, discretionary spend. How much are banks spending to develop new products and services, deploy emerging technologies, and expand the markets it serves?

Find out those numbers and then you can start talking about a competitive gap.

In the meantime, don’t believe unsubstantiated claims from Chase that it’s spending half of its IT budget on disruptive technology.

I don’t doubt that Jamie Dimon knows the real percentage. But he’s not going to tell us.

And btw, if you were wondering how much US banks will spend on technology in 2019 overall, it’ll come to roughly $67 billion.