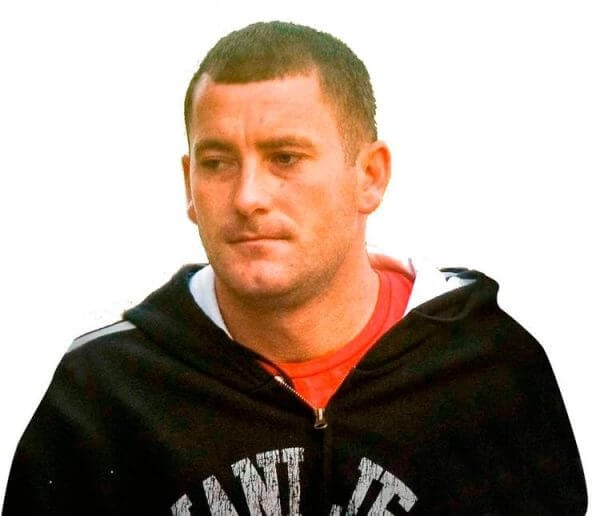 A young man arrested as a child for running an alleged explosive and firearm collection errand for one of the people convicted of the murder of Gareth Hutch wants the High Court to dismiss his prosecution over the delay.

He was arrested when just 16 for the offences and as a result of the delay in charging him, he will lose his anonymity he enjoyed as a child, he says.

He also faces a mandatory minimum five-year sentence if convicted of the offences as an adult.

A child could be sent to a detention school or even dealt with by community order, it is claimed.

He was arrested in February 2016 on the M7 motorway at Mountrath, Portlaoise, travelling as a passenger in a car which was allegedly found to have a Glock firearm, two explosive devices and an unlicensed air pistol.

The court heard that as a result of evidence gathered by gardai in the month after his arrest, it is claimed the boy had attended the “errand” meeting with Jonathan Keogh (33), who last November was one of three people jailed for life for murdering Gareth Hutch outside a north city Dublin flat complex on May 24, 2016.

Gareth was a nephew of Gerry “the Monk” Hutch whose criminal gang is involved in a bloody feud with that of drug dealer Christy Kinahan.

It is claimed shortly before his arrest the boy was brought to a north Dublin service station cafe to meet Keogh who told him to go to Limerick, pick up a grenade, and bring it back to Dublin.

It is claimed Keogh offered to knock €10,000 off a debt owed by the boy if he did the job.

Gardai stopped the car and found the explosives and firearm, it is alleged. The boy and the driver were charged in September 2018.

Last November, his lawyers brought a High Court challenge against the Garda Commission and DPP seeking to prohibit his trial on grounds of delay in bringing the prosecution. The defendants opposed the application.

In arguments before Mr Justice Seamus Noonan on Tuesday, Vincent Heneghan SC, for the young man, said in March 2016, a month after his client was arrested, the gardai had all the necessary evidence to charge him. It included CCTV evidence of him meeting Keogh in the service station.

Instead, they waited until Keogh, who fled abroad just after the Hutch murdered, was extradited back from the UK, counsel said.

Mr Heneghan said Keogh was a “red herring” in relation to dealing expeditiously with the case against his client. There was no good reason for the delay in charging and having him dealt with before he reached 18 when he would have to be dealt with as an adult.

Paul Anthony McDermott SC, for the defendants, said there was never any possibility of his case being dealt with in the one and a quarter years between when he was arrested and when he turned 18 on June 10, 2017.

Even if he had been charged before that, he would still be 18 by the time his case came to trial and, if convicted, at his sentencing hearing.

The gardai were entitled to properly investigate all lines of inquiry in relation to these offences, including waiting for Keogh to give his version of the service station meeting when he was brought back from abroad.

Had the gardai submitted a partial file to the DPP, it was likely it would have been returned because all lines of inquiry had not been followed.

There was no blameworthy delay in this case and it was not one of those exceptional cases in which the court should exercise its discretion to prohibit the trial, counsel said.