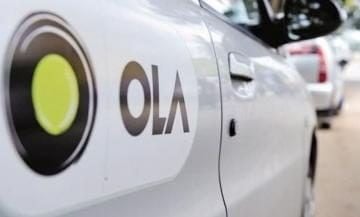 Cab hailing service Ola has been suspended from operating in Bengaluru for six months. The decision was taken by Karnataka’s Regional Transport Office for violating its license conditions. Ola has issued a statement saying “working to find a solution”.

App-based ride-hailing service Ola has been suspended from operating in Bengaluru for the next six months by the Regional Transport Office for violating its license conditions, an official notice said.

The action is being taken after the cab aggregator operated illegal bike taxis, as per the Karnataka On Demand Transportation Technology Aggregators Rules 2016. According to the suspension order, Ola is restricted to run its aggregator service for any vehicles including cars, autos and bikes in the city for 6 months.

Reacting to the suspension, Ola said: “Ola is a law-abiding company that has always worked with the government to develop livelihoods, improve mobility, and enable a new technology industry. We are evaluating all options to find an amicable solution wherein hundreds of thousands of driver-partners in the state of Karnataka can continue to work and serve the mobility needs of our citizens.”Currently, bike taxis in Karnataka are illegal due to a lack of policy framework. Ola, however, said that they were working to ensure that people don’t face the problem. “We have been closely working with the authorities on this topic, responding to queries and making proactive representations to the ministry. Despite other companies continuing to operate illegally, we halted our bike taxi experiment weeks ago. Instead, we sought the state’s cooperation to develop a legal framework for a pilot that will continue to take advantage of emerging opportunities in the mobility economy,” Ola said in a statement. “This notification is unfortunate, and we look forward to an opportunity to address these concerns directly with state officials to find a solution for our driver-partners and millions of Ola users in Karnataka,” Ola’s statement read. Recently, Ola and other cab aggregators which operate bike taxis have been facing the heat from the Transport Department in Karnataka. In February, close to 500 such bike taxis were seized by transport officials for operating illegally.