by Donna Gilbert
in Lifestyle, Music
0 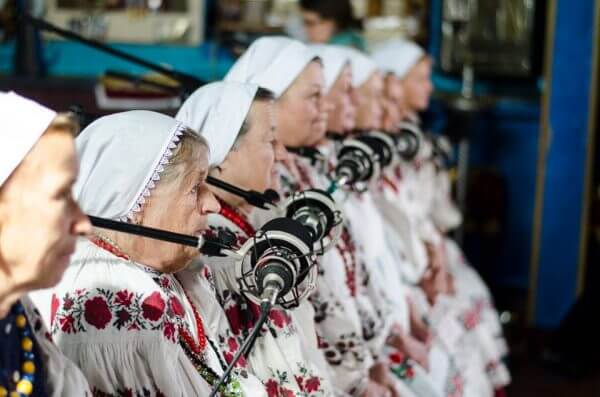 Polyphony Project is the largest digital archive of Ukrainian folk songs. The activists recorded over 2,000 folk songs from 100 villages in various regions of Ukraine.

When Hungarian musician Miklos Both came up with the idea of going on an ethnographic expedition around Ukraine to record traditional songs, he could hardly believe the project would last more than several months. Five years later, however, the Polyphony Project has turned into the largest digital archive of Ukrainian folk songs.

The centrepiece of the Polyphony Project is an online collection of all the melodies, videos, and stories from the expedition. While the scale and duration of the project have changed over time, its goal remained the same — to study, preserve, and present Ukrainian folk culture in the world.

Back in 2014, Both discovered Ukrainian folk songs at a music festival. He had been already interested in the traditional cultures of the European and Asian countries. Ukrainian songs, however, impressed the musician with its polyphony.

Both were also impressed by the fact that, unlike the majority of European countries, in Ukrainian rural communities often still preserve their unique culture.

During his first expedition, Both mainly travelled across “left bank” Ukraine — the lands east of the Dnipro River, where polyphony singing is especially popular.

For the first three years, he organized ethnographic expeditions by himself, spending his own funds. But then, Both realized that there was too much material to be recorded that he could go through alone.

According to Myroslava Vertigo, the deputy director of the Ivan Honchar Museum and coordinator of the Polyphony Project, the project is now divided into two stages. The first stage is to discover and collect folk songs from all Ukrainian regions. The second is to promote Ukrainian culture around the world.

So far, the Polyphony Project has collected more than 2,000 songs from 100 Ukrainian villages and became the largest digital archive of Ukrainian folk songs. The Ivan Honchar Museum staff helped structure and organize the scientific research for the project, conducting a thorough ethnographic study before each expedition. They also invite ethnomusicologist experts from each region to help reconstruct songs of various genres, intrinsic to a particular community.

“Because these songs are not in the active use, it is sometimes hard for people to recall the correct melody. That is where our experts help them,” says Vertigo.

The Polyphony Project’s website has all the recorded tracks, categorized by region, genre, melody, and the season in which the song was sung. Each song in the digital archive was recorded with a multitrack recorder, which allows the audience to listen to all of the voices individually or in any combination. The Polyphony Project has reached 12,000 subscribers on Facebook and more than 380,000 views on YouTube.

Both have also been working on promoting Ukrainian culture offline, organizing tours by Ukrainian singers to festivals around Europe. Vertigo says almost all of the Ukrainian participants told her that they had never experienced anything like it before.

“They were so excited, not only because it was their first visit to Europe, but also because they saw how people with different cultures understood and appreciated their art,” she said.

The singers from rural areas were glad to share their songs with a broader audience.
“They came to believe that no one needed their art, but our (researches) are the kind of attention and encouragement that they’re searching for,” said Vertigo.

Organizers of the project are also proud that the modern Ukrainian artists implement the tracks from the Polyphony Project in their art.

“The ambassadors of Polyphony project is the (popular Ukrainian band) DakhaBrakha. During their tour they were starting all the concerts with the video about Polyphony archive,” said Vertigo.

The coordinators of the project say that besides further expeditions, they also plan to develop folk-song learning workshops based on the recorded tracks.

Vertigo and Both emphasize that it is not enough just to record and publish all the folk songs from Ukraine’s rural areas. The coordinators say people should listen to and reuse recorded melodies – otherwise, they say, Ukrainian folk music legacy can fade away.