Ranveer Singh on 83 prep: I am thoroughly enjoying this athletic lifestyle 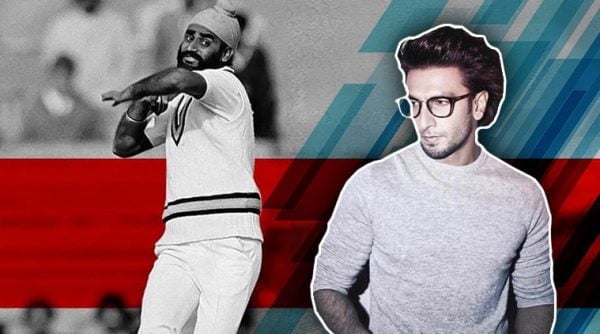 Ranveer, while talking about the practice sessions under Balwinder, said in a statement, “Sandhu sir’s validation is of utmost importance to me. He is happy with my rate of progress. My regimen is a combination of skills, training and physical conditioning. I am thoroughly enjoying this athletic lifestyle.”

Giving details on Ranveer Singh’s schedule, a source informed that the actor practices “for about 2 hours every alternate day with Balwinder Singh Sandhu. Post that, they discuss the mindset of the 1983 team during the tournament and dissect Kapil Dev’s captaincy that Balwinder saw from close quarters.”

“Ranveer’s cricketing skills have improved leaps and bounds under Balwinder sir’s training. Balwinder sir is extremely happy with how much effort Ranveer has been putting in at the nets. These two have just been relentless because Ranveer wants to ace the part and Balwinder is ensuring he does that and wows everyone,” added the source.

In 1983 World Cup, Balwinder Singh Sandhu’s incredible delivery bowled Gordon Greenidge and gave the Indian cricket team under Kapil Dev a hope that they can beat the West Indies.

“It is an absolute honour to have him as the cricket coach for Ranveer. Having won the world cup while playing under Kapil’s captaincy and seen him from close quarters, he has valuable insights about the game as well as Kapil. He is a legend in his own right and him overseeing Ranveer’s practice is incredible. From mastering batting and bowling skills to understanding the emotions that the team experienced during the tour, Ranveer will learn so much from Balwinder sir. More than perfecting cricket, Ranveer will be mentally prepared to play Kapil because of the information Balwinder sir will share about the world cup and the entire team. Such true, inspiring stories will form the backbone of Ranveer’s prep for 83,” the source further informed.