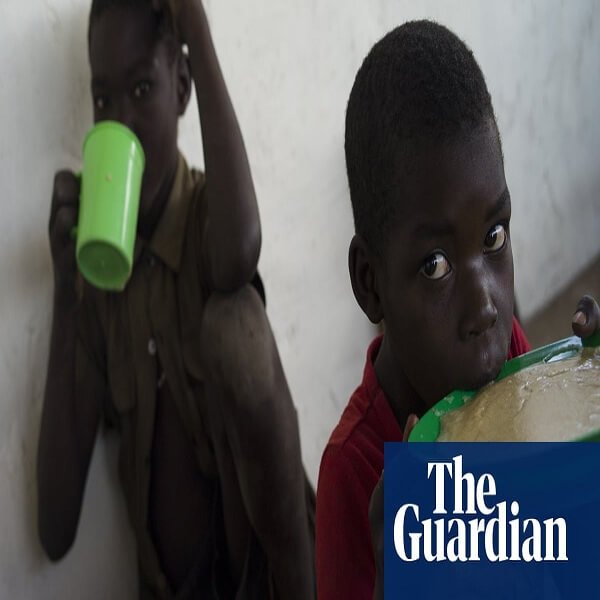 The World Food Programme and Ugandan government have launched an investigation into deaths linked with the distribution of fortified porridge to refugees and people suffering from malnourishment.

The health ministry was alerted to reports of possible food poisoning among people who had consumed Super Cereal, a blended food designed to prevent malnutrition, in the north-east region of Karamoja on 12 March.

Four people – two men, a woman, and a child – have died and a further 262 have received treatment after consuming the porridge. Distribution to refugees and all host communities across the country has been suspended until inquiries have concluded.

The investigation comes a month after the WFP found its stocks of Super Cereal were of poor quality, although it stressed there were no safety concerns.

On Wednesday, the ministry said the autopsies of two people failed to determine their cause of death, adding that further toxicological tests would be conducted.

Fred Enanga, a police spokesman, said: “We examined the body of the female adult. The cause of death was excessive vomiting. But in addition to that the police surgeon noticed that the stomach had crackings. Those crackings are a result of something chemical in the food content.”

On Tuesday, a joint statement by the health ministry and WFP confirmed that an estimated 262 people, including children under five, had been hospitalized since 12 March with symptoms of mental confusion, vomiting, headaches, high fever, and abdominal pain.

The majority of the patients were discharged following successful treatment at health facilities, with no new admissions reported since Monday, the statement said.

Samples of the cereal, procured from Turkey, have been sent to laboratories in Kenya and South Africa for testing.

At least 47,000 women and children in Karamoja and 102,000 refugees in 13 hosting districts across Uganda receive Super Cereals supplements under the government’s maternal child health and nutrition programme, which WFP implements.

The programme aims to improve nutrition among pregnant and breastfeeding women, and children aged between six and 59 months, to prevent malnutrition and stunting.

“I would like to commend the teams on the ground for quick action and intervention. They did a tremendous job. They saved lives,” said John Byabagambi, Uganda’s minister for Karamoja affairs.

El Khidir Daloum, WFP’s country director for Uganda, said the agency carried out all the required quality controls before purchase and distribution of the Super Cereal, which had been inspected by the Uganda National Bureau of Standards to ensure that it met international standards.

“We are still puzzled about this localized situation [contamination]. The concentration of sickness is just in two districts out of the eight that Super Cereal is distributed,” said Daloum.

“We did complete due diligence for the supply. Our motive is to save lives with quality food.

“WFP has zero tolerance for poor quality or low quality of food. We have a rigorous system from production to consumers.”

Uganda hosts about 1.2 million refugees, mainly from neighboring South Sudan and the Democratic Republic of the Congo.

Aid agencies are continuing to give out food relief in Karamoja, a region where food insecurity, mainly caused by prolonged drought, erratic rains, and floods, is common.

An estimated 20% of Karamoja’s population, primarily concentrated in Kotido and Kaabong districts, are facing food crisis according to a Uganda food security outlook report.

Locals and experts have attributed the chronic food shortages, malnutrition and poverty in the region to government programmes that focus on crop farming over traditional pastoralism, which people in Karamoja have survived on for decades.

We made a choice…
… and we want to tell you about it. We made a choice which means our journalism now reaches record numbers around the world and more than a million people have supported our reporting. We continue to face financial challenges but, unlike many news organizations, we have chosen not to put up a paywall. We want our journalism to remain accessible to all, regardless of where they live or what they can afford.

This is The Guardian’s model for open, independent journalism: available for everyone, funded by our readers. We depend on contributions from our readers. Will you support our choice?

Readers’ support powers our work, safeguarding our essential editorial independence. This means the responsibility of protecting independent journalism is shared, enabling us all to feel empowered to bring about real change in the world. Your support gives Guardian journalists the time, space and freedom to report with tenacity and rigor, to shed light where others won’t. It emboldens us to challenge authority and question the status quo. And by keeping all of our journalism free and open to all, we can foster inclusivity, diversity, make space for debate, inspire conversation – so more people have access to accurate information with integrity at its heart.

Guardian journalism is rooted in facts with a progressive perspective on the world. We are editorially independent, meaning we set our own agenda. Our journalism is free from commercial bias and not influenced by billionaire owners, politicians or shareholders. No one steers our opinion. At a time when there are so few sources of information you can really trust, this is vital as it enables us to give a voice to those less heard, challenge the powerful and hold them to account. Your support means we can keep investigating and exploring the critical issues of our time.

Our model allows people to support us in a way that works for them. Every time a reader like you makes a contribution to The Guardian, no matter how big or small, it goes directly into funding our journalism. But we need to build on this support for the years ahead. Support The Guardian from as little as $1 – and it only takes a minute. Thank you.