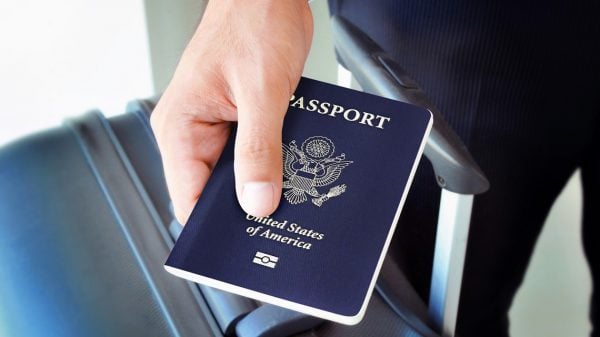 The student’s extravagant lifestyle shocked many, especially after Canadian media learned that his father is a Taoist leader inside China.

Traditional Taoism emphasizes living in harmony with “the way” and pursuing a simple life. How a Taoist leader was able to accumulate such wealth to support his child’s luxurious lifestyle became a highly debated topic.

Lu Wanzhen, 22, is a Chinese international student enrolled at the private Yorkville University in Toronto.

According to the Canadian Press, Lu returned to his condo after shopping with his girlfriend at around 6 p.m. on March 23.

Surveillance video revealed that as Lu was parking his Land Rover at a parking lot, three men jumped out of a Dodge Caravan minivan while a driver remained inside. They abducted Lu and shocked him multiple times with a stun gun when he tried to escape.

Lu’s girlfriend was traumatized but not injured. The suspects didn’t take Lu’s car or his wallet but asked for ransom after they kidnapped him. Police haven’t disclosed the ransom amount, who it was made to, or whether it was paid.

From the photo of Lu that York Regional Police posted on Facebook, one could see Lu’s wealthy lifestyle. He was wearing a black Gucci hooded sweatshirt that retails for about $1,500 and Givenchy sneakers valued at about $490.

As police searched for Lu and his abductors, Canadian resident Dave Wynn discovered Lu, with his hands duct-taped together, on March 26 in front of his home in the Gravenhurst neighbourhood.

Local media YorkRegion.com reported that Lu was transported northward after being kidnapped. At some point along the way, he was moved to another vehicle. Lu managed to jump out of the captors’ moving car and escaped by hiding in nearby bushes. He eventually wandered into Wynn’s yard.

Lu went to the hospital and was released after receiving treatment for some injuries.

His Family Background
After Lu escaped, he deleted all his photos and posts on Twitter and Instagram. But that didn’t stop people from questioning the source of his wealth.

YorkRegion.com, citing anonymous police sources, reported that Lu’s father is the head of an organization responsible for building temples and churches in China and that Lu’s mother’s side of the family was even wealthier.

In addition, he’s director of the Yuchan Palace, one of the most famous Taoist temples in China. The temple is part of a popular tourist attraction named the Wenbi Mountain Cultural Tourism Zone, which welcomes millions of visitors yearly.

So far, Canadian police have arrested two of the four kidnappers: Abdullahi Adan, 37, a Toronto resident who surrendered to police on April 2, after a nationwide warrant was issued for his arrest. Adan was charged with kidnapping, forcible confinement, assault with a weapon, and assault.

A third suspect, Muzamil Addow, 28, is wanted for kidnapping. Toronto City News cited police as saying that Addow is considered armed and dangerous.

Police haven’t released any information about the fourth suspect.

Baby steps to an eco-friendly lifestyle