8 iconic music road trips you should definitely save up for 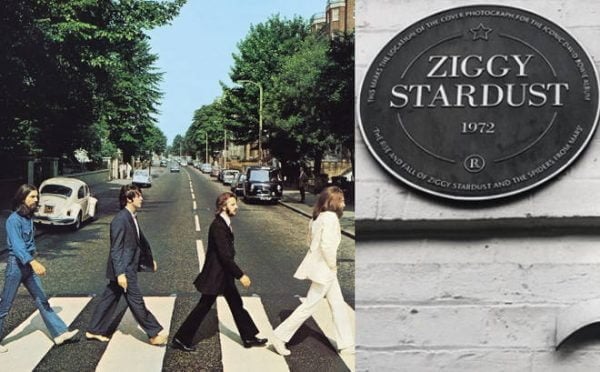 There are countless historical UK landmarks out there that all music lovers should definitely see at least once in their life, and we’ve collected some of our favourites to tick off our bucket list.

This small music venue was where it all began for The Beatles.

In 1973, it was sadly demolished for railway development, but in 1984 it reopened.

Any day trip to Liverpool wouldn’t be complete without a visit to the Cavern.

Another Beatles hotspot, cars have been constantly having to wait for people to walk across and pose on the world’s most famous crossing.

Abbey Road Studios was renamed as such in 1970 after the Beatles album had made it famous. Iain Macmillan took the album’s iconic photograph outside the studios, and in December 2010, the zebra crossing was given a Grade II listed status.

Ed Sheeran was raised in the Framlington area, and he dedicated his song ‘Castle on the Hill’ to his hometown and this particular landmark.

The song and video is almost a tourist advert for the county, and the 12th-century fortress is heavily featured.

If you’ve seen Bohemian Rhapsody, then you’ll know all about this famous recording studio.

This purpose-built recording studio is situated just outside the village of Rockfield, Monmouthshire near Monmouth in Wales, and it’s in a rather beautiful location.

It was used for the recording of ‘Bohemian Rhapsody’ and many other Queen classics, as well as countless other bands over the years. You can actually visit the studio, and even book it as a place to stay.

The path along the top is called Offa’s Dyke, and this is where a young Mike Oldfield set up his own studio, to avoid any publicity following the success of his debut album Tubular Bells.

It’s a gorgeous place to visit for a walk, while his prog-rock landscapes are rather perfect if you need a soundtrack.

This former flour mill is one of the most iconic music venues in Yorkshire.

Opened in 1980, it helped start the careers of Sheffield acts such as the Human League, ABC, Heaven 17, Pulp and Arctic Monkeys.

You can recreate David Bowie’s iconic Ziggy Stardust album cover by heading to this street in London.

In January in 1972, famous photographer Mick Rock shot Bowie in a doorstep for the album cover of The Rise and Fall of Ziggy Stardust and the Spiders from Mars.

After Bowie’s death in 2016, fans have often travelled across the world to pay tribute to the legendary performer.

This small venue became iconic after it featured on the sleeve of The Queen Is Dead by The Smiths in 1986, and also in the videos for ‘I Started Something I Couldn’t Finish’ and ‘There Is A Light That Never Goes Out’.

Morrissey fans (including David Cameron of all people) have flocked here to pose outside, and it remains a youth centre to this day.