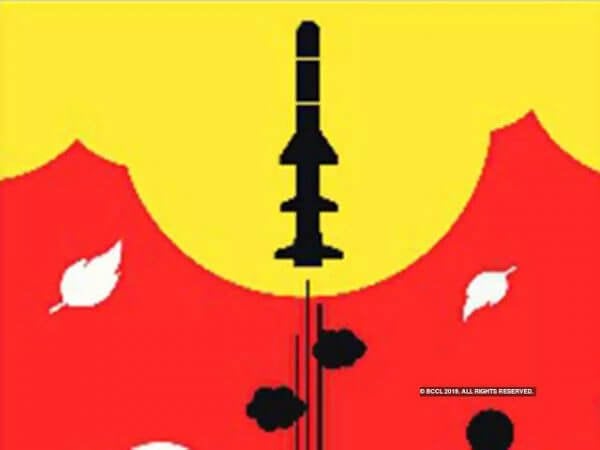 NEW DELHI: India on Wednesday made its way into an elite club of “space superpowers” as its anti-satellite missile A-SAT successfully targeted a live satellite on a low earth orbit in just three minutes.
So far only three countries – the US, Russia & China — had this technology.

Prime Minister Narendra Modi, while announcing the feat said: “I assure the international community that our capability won’t be used against anyone but is purely India’s defence initiative for its security. We are against an arms race in space. This test won’t breach any international law or treaties.”

The PRSS-1 is the first optical remote sensing satellite sold to Pakistan by China. The 1,200 kg satellite will operate at an altitude of 640 kilometres.
The Pakistan Foreign Office has officially said that PRSS-1 will enable the country “to meet its imagery requirements in the areas of land mapping, agriculture, urban and rural planning, environmental monitoring, natural disaster management and water resource management for socio-economic development”.

However, the satellite may have military applications as well.
Notably, the carrier frequency of PRSS-1, that is 8.2 GHz, is part of the X-band region of the spectrum (which ranges from 8.0-12.0 GHz) which is usually used for communication with mobile platforms such as aircraft, ships, UAVs and ground forces.
The Chinese interests also reflect in one of the stated objectives of the satellite deployment, that is, the PRSS-1 will also be used to provide remote sensing information for the Belt and Road region.
According to an article in ‘Gateway House’, the PRSS-1 is also believed to carry two high-resolution payloads including a synthetic-aperture radar (SAR) used for terrestrial and marine imagery and geospatial intelligence.
The other is an electro-optical (EO) imaging system which has tactical C4ISR applications.
Along with PRSS-1, Pakistan also launched PakTES-1A, which is a 285-kilogram satellite equipped with an optical payload and will operate at an altitude of 610 km.

Reacting to India’s announcement of its successful A-Sat missile launch, China on Wednesday said that it hoped that India would “earnestly” maintain peace and tranquillity in the outer space.
“We are aware of relevant reports and we hope that all countries will earnestly safeguard lasting peace and tranquillity in the outer space,” the Chinese Foreign Ministry said in a statement.
China had achieved this feat in 2007 by shooting its weather satellite.
China is an emerging superpower in the outer space by launching scores of satellites as President Xi Jinping wants his country to surge ahead of the US and Russia.
In 2013, China joined the US and Russia to “soft-land” on the moon.

Top jobs in technology, analytics, cybersecurity to be most in demand in 2019, says the survey