Automation is No Longer a Technology Decision, rather a Business Decision: Nishikant Nigam, CSS Corp 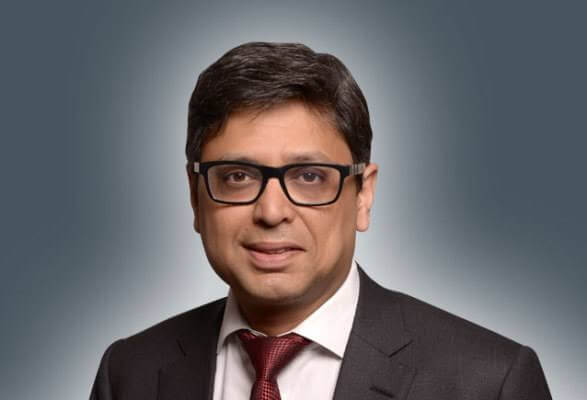 Enterprises in India are rapidly moving into the adoption of automation and cognitive technologies, and the appetite seems to be only growing
Automation is an aspect that has become a necessity for industries. The technology has various proven benefits such as increased productivity, reduced direct human labour costs and expenses, improved robustness in reduced time, and so on. In an interview with Dataquest, Nishikant Nigam, EVP & Chief Delivery Officer at CSS Corp, talks about the importance of the technology, and its reality in the Indian IT industry.

How important would you say is automation in this day and age?

At CSS Corp, we strongly believe AI and automation are unlocking and amplifying human potential, not replacing it. Contextual adoption of automation will help people focus much more on value-added work and less on tedious and rote tasks.

Automation is no longer a technology decision, rather a business decision. By leveraging technologies like AI, automation, and analytics, businesses can understand and map customer behaviour, deliver products and services to the market faster, and create new avenues for revenue generation.

With advances in technology and its democratization, intelligent automation is no longer a differentiator, but a basic necessity in today’s environment. If a company is unable to adapt to this, they would find it very difficult to survive and stay afloat.

What impact will automation have on the job scenario?

According to the ‘Future of Jobs’ report by the World Economic Forum, nearly two-thirds of today’s job roles have at least 30% of tasks that could be automated based on currently available technology. However, all job roles cannot be automated, at least not yet.

In the digital era, some functions, tasks, and jobs are human-only, while others are bot-only. Routine tasks that are highly repetitive are the first to get automated. However, critical functions will still have a layer of human intervention, with cognitive technologies and chatbots performing the base-level functions. For e.g. Medical prescriptions and recommendations will continue to be handled by doctors, whereas, booking appointments, retrieving patient data and analysis can be handled by AI, which can enable doctors to accelerate the diagnosis of the illness. Looking forward, we can say that most tasks will soon continue to remain a hybrid between the two, with bots and humans co-existing.

I believe that concerns around jobs have always been there since times immemorial. Even with the advent of the industrial revolution, there was a concern that people will become jobless. But this kind of macro factors have their own way of sorting out, so the youngsters of today must not unduly worry.

They must have an open mind, reskill, invest in peer-learning, and learning from different sources in order to continuously evolve, experiment, and innovate. Ecosystem partnerships between industry, government, and academia, can also help to bridge skill gaps, drive investments, and frame policies that usher in new growth.

Are Indian industries moving towards that direction?

Enterprises in India are rapidly moving into the adoption of automation and cognitive technologies, and the appetite seems to be only growing. According to a recent study by Goldsmiths (University of London) and Automation Anywhere, 71% of Indian organisations’ respondents reported using RPA and AI-based augmentation to its full potential, outscoring to markets like US and Japan. Of these, 80% of AI users and 78% of RPA users felt that the technology frees employees from repetitive work, allowing them to reinvest that time into learning new tech or performing more intelligent tasks.

NASSCOM reports that in 2018, more Indian businesses experimented with automation and AI – from investments and reskilling to setting up CoEs to drive collaborations and innovation in the country. There is growing optimism amongst Indian IT companies about using automation in more effective ways, and reaping rewards from their AI/automation investments in this year.

A lot of innovation is also happening in the Indian startup ecosystem in new tech areas, especially analytics, which is expected to grow further. Last year alone, over 1200 new tech startups were added to the ecosystem, as per NASSCOM estimates.

How much of a concern is cybersecurity when it comes to automation?

Cybersecurity is a major area of concern in today’s increasingly hyperconnected age. The proliferation of automation in industries is bringing in new threat spectrums and new protocol-based issues which are only going to grow. Even minor disruptions can put an organization’s brand reputation, IPs, finances, and assets at risk. Gartner predicts that by 2020, 60% of digital businesses will suffer major service failures due to the inability of IT security teams to manage digital risk. It is, therefore, imperative to implement robust cybersecurity services to secure their operations and protect their entire infrastructure. Hence, the automation engine must be securely handled and integrated with enterprise systems that can hold sensitive customer data and credentials.

What are some of the outcome-based automation services that CSS Corp offers?

As a new-age digital company, we believe that adopting cognitive technologies like AI, analytics, and automation can accelerate usage of contextualized intelligence. This is particularly critical for business-side stakeholders in an organization, who drive customer experience and revenue generation.

Piecing Together The Pharmacy Technology Puzzle: A Primer For Independent Pharmacists