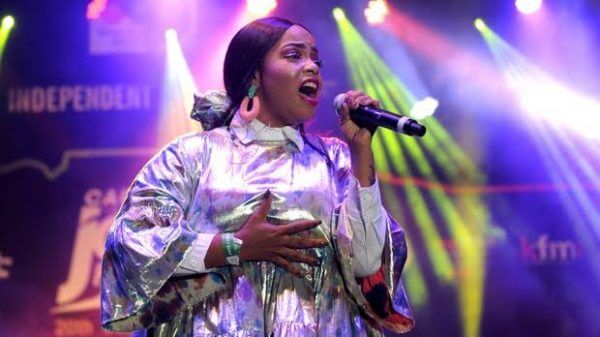 Shekhinah, whose full name is Shekhinah Thandi Donnell, has been on the rise since 2017 and has won multiple SA Music Awards for her debut album, Rose Gold, which included album, a newcomer, and female artist of the year.

Performing at the Cape Town International Jazz Festival is another notch on her growing belt of accolades.

“The jazz fest has been the one show I have been so desperate to be a part of my entire career and it feels so right that it is happening this year,” she said.

“I expect a mature audience, not in age but music, and I feel as if this audience, in particular, is one that thoroughly appreciates music in all its uniqueness.

“As much as I’m scared about not being a jazz act, the fact that this is such a loyal audience and an electric fan base means I’m excited to give them a taste of something unusually pleasant.”

“Rose Gold has been a huge blessing to myself and team. We look forward to breaking down the album and have planned something spectacular.”

Shekhinah, 24, hails from Durban but has performed regularly in Cape Town and recently took the stage at the Heart Cape Town Music Festival. She owes much of her success to her performances on popular television singing competition Idols SA, making it into the top 32 on the seventh season in 2011 before cracking the top six on the eighth season in 2012.

“Idols was the greatest stepping stone for me as it paved the way for my mind to dream big.

“Before Idols, and coming from a small town, I didn’t imagine any of this to be a possibility, so a big thank you to Cape Town for the support and for journeying with me for so long.”

The South African music industry has done well to accommodate artists at different music venues and festivals, said Shekhinah, but she believes more needs to be done from a production standpoint.

“I feel it’s the labels and managers who need to invest in the quality of the product we put out, from a songwriting perspective to that of the production and the overall sound of the finished product.

“We still have a long way to go in terms of production quality.”

Shekhinah will soon begin on a solo tour while also working on new music as well as collaborations with other artists.

She will open for Sheeran, along with Passenger, in Cape Town on Wednesday and Thursday, and is set to perform at the Cape Town. International Jazz Festival on Friday.