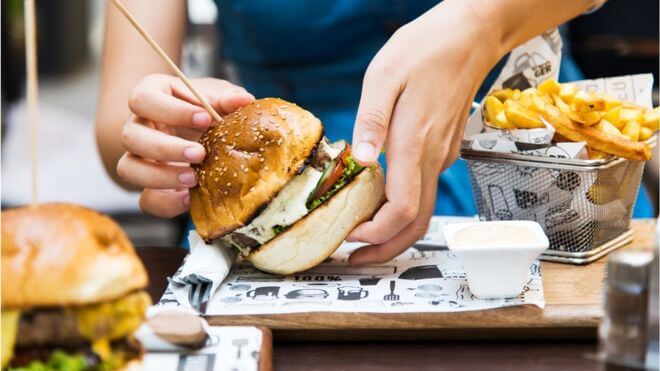 YUM! Brands, Inc. (YUM) shares posted an all-time high above $110 on Monday, June 17, continuing a strong uptrend that has added 20% since the start of 2019. The holding company for Taco Bell, Pizza Hut, and KFC reported booming international sales in its quarterly release, highlighted by an Indian franchising deal that will add 600 Taco Bell outlets in the next 10 years. The KFC brand is growing at an equally rapid pace, while Pizza Hut expansion has faltered around the world due to heavy competition.

At just one-tenth of YUM!’s $33 billion market cap, Wingstop Inc. (WING) stock has roared higher as well in 2019, posting a graceful series of all-time highs that are slowly bringing the triple digits into play. The Texas fast food chain came public in 2015 after a privately held history that goes back to 1994. Spectacular price action since the IPO has forced analysts to reconsider their views of the industry’s cyclical nature because it looks like Wingstop will eventually reach blue-chip status.

YUM! Brands came public at a split-adjusted $5.72 in October 1997 and entered a strong advance that topped out in the teens in 1999. It finally cleared that resistance level at the end of 2003, entering a steady uptick that posted respectable gains during the mid-decade bull market. The rally topped out at $30.01 in April 2008, giving way to a pullback that accelerated to a four-year low during the economic collapse.

The subsequent recovery wave completed a round trip into the 2008 high in 2010 and broke out, gaining ground into the 2012 high at $53.53. A long period of under-performance followed, highlighted by a failed 2015 breakout attempt that reached the upper $60s before turning tail and dropping to a two-year low. The stock mounted that level in the second half of 2017 and has gained more than 50% since that time, lifting into market leadership.

The monthly stochastic oscillator entered a buy cycle in August 2018 and crossed into the overbought zone about two months later. It has been glued to that lofty level for the past eight months, exhibiting unusual relative strength. As a result, it’s no surprise that the stock held up better than broad benchmarks in the fourth quarter swoon, making it easier to mount psychological resistance at $100 in the first half of 2019.

Wingstop came public at $30.50 in June 2015 and lifted immediately into the mid-$30s, ahead of a decline that posted an all-time low at $20.21 in November. That marked a historic buying opportunity, ahead of an uptick that stalled a few points below the post-IPO high in 2016. Price action spent more than a year building an inverse head and shoulders pattern at that level, finally breaking out in November 2017.

The stock more than doubled in price into October 2018 and turned lower into year end, dropping to a four-month low. It bounced strongly in January 2019 and completed a round trip into the 2018 high in April, yielding an immediate breakout that has posted an impressive series of all-time highs. The rally has now reached the low $90s, setting its sights on the triple digits for the first time in this company’s four-year public history.

The monthly stochastic oscillator hasn’t traded in the oversold zone since 2016, highlighting impressive relative strength. It entered a buy cycle in February 2019 and has now reached an extreme overbought level but is showing no signs of a bearish crossover. In turn, this suggests that the stock is headed straight into a test at $100, which is coming into alignment with the 17-month trendline of rising highs (red line). Right now, that looks like a perfect place to take aggressive profits.

The Bottom Line
A selection of fast food chains are matching bullish 2019 performance by Dow component McDonald’s Corporation (MCD), lifting through a series of all-time highs.