by Donna Gilbert
in Business, Money
0 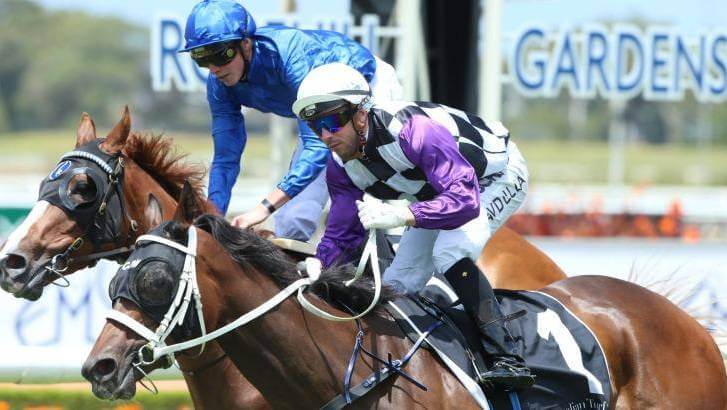 Australia’s most famous mare is making what can only be described as a victory lap this weekend, as she takes to the track for the final time.

The seven-year-old Winx was sold in 2013 for $230,000 and has earned her owners 10 times that figure over the course of her career, becoming Australia’s highest-earning racehorse.

The sell-out Championships race on Saturday at Sydney’s Royal Randwick Racecourse marks the end of an extraordinary period in Australia’s racing history, as Winx will be striving for her 33rd consecutive win.

If she wins, she will have amassed more than $26 million for her owners throughout her career.

“She lights up breakfast TV, she’s on the cover of all the newspapers, she’s just been an absolute phenomenon and she’s poetry in motion,” Adam Watt of racehorse syndication business Dynamic Syndications told Your Money Live.

She’s even made it onto the cover of Vogue this month.

So impactful has the mare’s six-year career been, Watt believes it has essentially transformed Australia’s racing industry.

The extraordinary popularity of Winx and her predecessor Black Caviar, which saw 24 consecutive wins, has done wonders for the industry’s image in Australia, he said.

“They put racing in a positive light. They’re on the front pages, they’re on the cover of magazines and they show people that racing’s fun, it’s exciting and it’s affordable.”

It’s also seen racehorse syndication taking off in recent years, with punters now able to claim a stake in a horse for as little as $500.

“We’ve seen over the last six years that people investing into racing is up 26 percent, there’s close to 100,000 individual owners in the racing industry here in Australia, and our prize money levels are at record highs,” Watt explained.

As for whether Australia will see another racing horse like Winx, it remains to be seen.

“It’s very hard to say…That’s the great unknown about our industry. Every time someone puts a bridle on a horse it could be the next Winx or Black Caviar… Phar Lap who knows,” said Watt.

“That’s why it’s such a great game to be involved with.”