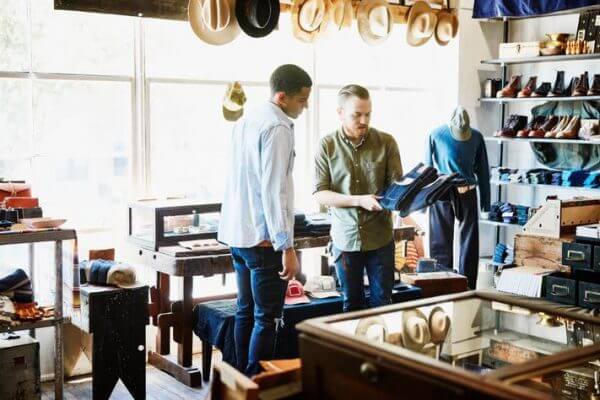 When IBM CEO Ginni Rometty spoke about artificial intelligence (AI) in a keynote address last year, she pointed out that handing out more technology to companies isn’t helpful if you don’t change their workflows.

But what does that mean? In my industry, the retail, poor workflow is a symptom of disconnected processes. Processes across the supply chain — from warehousing, delivery, stocking, merchandising, customer experience, and check out — all influence one another, yet they act independently.

Article Summary show
READ ALSO
Technology in the Age of AI
How virtual era could redefine Canada’s economic system
1. Don’t just predict actions — see, understand and act on them.
2. Gain insight into what’s happening across the entire supply chain.
3. Apply game theory when human interference is deliberate.
4. Get humans to alter their behaviors with ‘nudging.’
5. Understand the ripple effects of different process changes.

At my company, we’ve seen how AI can be used to autonomously identify and prevent loss in stores and throughout the retail supply chain. Innovative technology can work across processes to remove the silos that separate them and lay the groundwork for a more unified workflow. But there are some variables technology doesn’t control — namely, the human ones.

Humans have the unique ability to send even the most meticulously organized processes into sheer chaos. We jump over gates in the subway. We take an item from one shelf and then put it down on another. We forget to scan items at checkout. All of this introduces unstructured data into process models that thrive on order and predictability. This is what new technology must address before its usefulness is fully realized.

Here are five ways retailers can use computer vision and AI to address the human problem as their digital transformation continues:

1. Don’t just predict actions — see, understand and act on them.

While a large part of AI’s promise is its ability to “best guess” the following optimal action, using predictive technology to understand how individual humans, store-wide, are going to react at the moment to a seemingly finite set of variables is a fool’s errand.

An AI can’t predict, for instance, that the child in aisle nine will pick up a candy bar, eat half of it and then drop it off in the cereal section. And it doesn’t intuitively know who in the supply chain “misplaced” yet another box of Viagra before it could make its way to the pharmacy. But technology doesn’t need to be able to predict these things to act on them. It simply needs to see and understand them.

2. Gain insight into what’s happening across the entire supply chain.

No matter how many thousands of hours of observation, interviews, and documentation go into companies’ expertly designed systems, there’s no way to account for or predict every possible combination of object-to-human interactions or human-to-human encounters. But for the first time, we can see entire processes as they unfold using advanced networks of related technology.

Through computer vision, retailers can understand what they’re seeing across an entire supply chain. Neural networks then “tell” the system where there are breakdowns in the process (experienced as inconsistencies or “smudges”). The variety of real-time and long-term applications of this information are endless.

The more deliberate and premeditated humans try to game a system, the easier they are to understand and react to. We know from game theory models that when rational decision-making is applied to outsmarting a plan, it tends to follow a high-risk, high-reward pattern.

Take the self-checkout process in a grocery store. The most accessible actions to identify are the most visible and riskiest, but they also come with the most significant potential payout. An example is when a shopper deliberately covers the barcode of an expensive product with the barcode of a cheaper (and smaller) one. To the untrained eye, there’s no disturbance in the process. But when the store’s AI and computer vision-driven technology is integrated with its point-of-sale (POS) data, the system can compare, on the spot, what it’s seeing visually with the POS. If the computer saw a TV while the POS registered a candy bar, there’s a problem.

Once retailers begin understanding how frequently process “mutations” like this result in shrinkage, they can target this specific human event and solve it on the spot (at scale) for maximum reward and more effective loss prevention.

4. Get humans to alter their behaviors with ‘nudging.’

Now that a human’s part in the process has been identified, technology can address it through “nudging,” or autonomous, real-time intervention designed to eliminate unwanted behaviors or increase desirable ones — like buying.

Say, for instance, a shopper has spent a significant amount of time browsing a mobile phone but turns to leave without buying it. As she gets closer to the door, perhaps a projection appears in front of her, highlighting the phone’s features and offering a “buy-now” discount. Nudging can work across various scenarios and manifest in unlimited formats (auditory alerts, visual cues, etc.).

It’s essential to understand which corrective nudges have had the most significant and consistent impact — or which actions have made the enormous ripples. Retailers can monitor and record the long-tail effect of behavioral changes using neural networks to determine which corrections had the most far-reaching impact across the process. A behavioral error in the upfront fulfillment process might have consequences for every other point in the supply chain, so correction is potentially heading off — or capitalizing on — a lot more than the immediate behavior.

The key is to continuously test different approaches across more extensive processes to determine what works best. Choose where to focus resources for the most significant return and work your way down from there.

If AI’s success requires changing workflow, and workflow depends on getting humans’ direct buy-in on sweeping changes to how they operate, we’ll forever be at an impasse. But using technology to nudge people to correct unwanted behaviors or replicate desired actions on their own will resolve the workflow issues currently hindering AI’s proliferation.