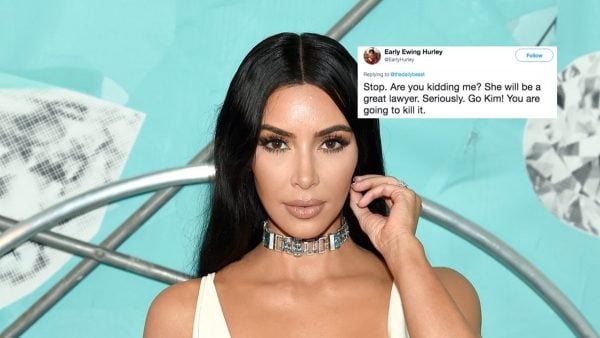 US television star Kim Kardashian, known for her reality shows and marriage to hip-hop artist Kanye West, is studying law and hopes to pass her California bar exams by 2022, the magazine Vogue reported on Wednesday.

The 38-year-old lifestyle mogul, who has 134 million Instagram followers, has been interning at a California law firm since 2018. She said she was inspired to study law after successfully petitioning US President Donald Trump in 2018 to pardon Alice Marie Johnson.

Johnson, a 63-year-old great-grandmother, had served nearly 22 years of a life sentence for cocaine trafficking.

The star of Keeping Up With the Kardashians said she had been invited on a different occasion to the White House to participate in a working group on pardons and clemency.

“I just felt like I wanted to be able to fight for people who have paid their dues to society,” she told Vogue.

“I just felt like the system could be so different, and I wanted to fight to fix it, and if I knew more, I could do more,” said the mother-of-three whose own father Robert was an attorney who helped defend OJ Simpson in his murder trial.

Admission to law school in the US usually requires a bachelor’s degree in any discipline. Kardashian never graduated from the college she attended, Pierce, having dropped out before she completed her course.

But some states including California do allow would-be attorneys to intern in a law firm for four years before taking the bar exam.