Rome to Tokyo: Fashion’s Cruise 2020 collections to travel the world 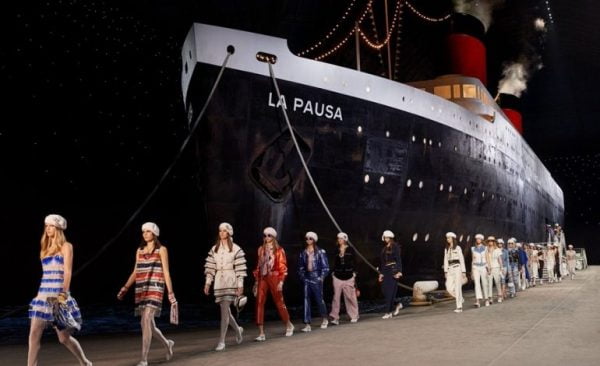 Each spring, luxury fashion houses stage spectacular runway shows all around the world to showcase their latest Cruise collections. And this year will be no exception, with shows scheduled in Asia, Europe, the US and North Africa. With just over a month to go before the Cruise 2020 season kicks off, here’s a roundup of the dates and locations of this year’s mid-season shows. –

Despite Yves Saint Laurent’s renowned love for Marrakech, it is the Dior fashion house that is heading to the Moroccan city to show its Cruise 2020 collection. The show is slated for April 29 and is likely to kick off the Cruise show season. The French fashion house is yet to reveal the exact location of the show – which promises to be a grandiose and sun-soaked affair. Last year, Dior staged its Cruise show at the Grandes Ecuries De Chantilly on the outskirts of Paris.

For the second year in a row, Prada is heading to the Big Apple to show its Cruise collection. While the show’s exact location has not yet been revealed, the Italian fashion house has confirmed it will be held May 2.

The fashion world will be heading to the French capital to see Chanel’s Cruise 2020 collection on the runway. This year, the French fashion house has picked a place that it holds dear – the Grand Palais – which also hosts the brand’s ready-to-wear and haute couture shows. Scheduled for May 3, the show is likely to be organised under the helm of Virginie Viard, who succeeded Karl Lagerfeld following the designer’s death on February 19.

The city that never sleeps is also hosting the Louis Vuitton Cruise 2020 collection, after last year’s presentation at the Marguerite and Aime Maeght Foundation in Saint-Paul-De-Vence in the South of France. This year’s show is slated for May 8, almost a week after Prada’s New York show.

Giorgio Armani is scheduled to present its men’s and women’s Cruise collections May 24 in the Japanese capital. The date has been chosen to coincide with the reopening of the Armani/Ginza Tower flagship. It has been 12 years since the designer has staged this kind of event in Japan.

Gucci creative director Alessandro Michele has picked Rome as the setting for the label’s Cruise 2020 show. The event will be staged May 28 in the Italian capital’s historic Capitoline Museums. Last year, Gucci staged its show in the Alyscamps Roman necropolis in the Southern French city of Arles.

Max Mara is likely to round off this year’s Cruise shows with its Berlin runway presentation. The show’s exact location has not yet been disclosed but the event is scheduled for June 3 in the German capital.

6 handy tools to run your business from home