Speed limit too fast at the crossing 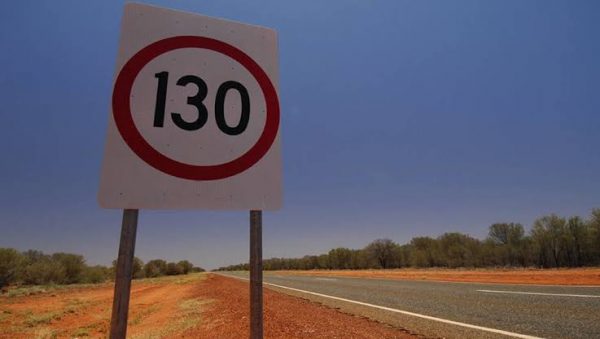 He said that he had serious misgivings about the incident because he could not understand why there was no speed limit in a location that was designed as a pedestrian crossing and for the visually impaired.

“It is incomprehensible to me,” he said. He added that he has searched the entire country looking for a similar situation that would have in place a 100km speed limit passing through a pedestrian crossing.

“It is very unusual,” he in response to a question from South Kerry coroner, Aisling O’Sullivan Quilter. Kerry County Council confirmed this week that the speed limit in this area is to be reduced from the current 100km to 60km following a speed limit review across the county.

This is to be implemented within three months after the new speed laws were passed by Kerry County Council in February. The local authority has four months to put in place the new speed limits. TII will put in place new signage a spokesperson for the council confirmed. The route is a national primary route, the N22, and is the responsibility of TII (Transport Infrastructure Ireland) and they have agreed to this speed limit.

Last week’s inquest into the death of 26-year-old Denise Crowley, found her death was accidental as a result of a road traffic accident. The inquest found heard that she suffered a “very severe traumatic brain injury” due to a severe impact on December 2, 2017.

Her mother, Grace Crowley, who was the first witness in the inquest, wept as her statement was read out to the jury. She was to collect her daughter at Glenflesk church on the evening in question. Her car was parked there. Denise was coming from UCC where she was studying. Her mother arrived at the scene just as the accident occurred.

“As we approached Glenflesk I saw something black on the road. We pulled into the car park. I looked across and I saw a body and I said that could be my daughter. I saw her on the ground. I rang her and a man answered. He came over and gave me the phone. Things got mixed up after that.”

Alan Hourigan, who was a passenger in the car driven by his Dad, Gerard, when they ht Ms Crowley, told the inquest that he was travelling with his Dad to the Killarney Rally. He was not driving as his Dad would not let him. He said as they entered Glenflesk he could “hear a shout and glass came in”.

“It was more like a bump. I thought we had hit the centre part of the junction. I asked Dad what we had hit. He stammered and couldn’t speak,” recalled Alan in his reputation. He got out of the car and went to the front of the car and then his Dad told him that he thought he had hit a person. He ran back and found a girl on the road and he checked her pulse. Others arrived at the scene. He said that the most difficult thing was seeing Denise’s mother at the scene saying to Denis “come back to me.”

Other witnesses who arrived at the scene gave evidence including Niko Roche who said that he saw a girl “but did not think she was going to cross but she did so unexpectedly,” he said.

Several witnesses mentioned a white van which had been parked near the scene and which may have obstructed a view. One eye-witness said that this had left the scene.

Witness Claire Moore, who was travelling with her husband, Gareth, on the way from CUH said that she noticed something “flying into the air.”

This too was witnessed by Conor Hoare who said that he heard a loud “popping noise” and he saw a person “flipped in the air”.

He said that the driver did not appear to be going faster than other cars but that the speed limit is quite high in Glenflesk.

Garda Damian Callinan gave evidence of CCTV that was viewed which showed the accident and showed Ms Crowley getting off the bus and crossing the road. He said that the CCTV showed her turn off her phone and putting in the pocket and fixing her bag before walking out onto the road.

“She walked onto the road. She did not look to the right. She took four steps and was almost at the safe area when she was struck. This evidence was also given by Garda James O’Brien, PSV Inspector, who said it appeared that Ms Crowley did not look towards the Cork direction.

He also said that an “upright blue sign” near the crossing would have obscured the vision of the pedestrian and the car.

He said this sign, which is used to guide cars away from the footpath, would have “cast a shadow” at the area.

He said that the driver, Mr Hourigan, “would have little time to react or respond” and “did not have sufficient time or room to take avoidance action”.

Mr Hourigan, who was in tears during the inquest, said he never saw Ms Crowley.

The coroner, Aisling O’Sullivan Quilter, said that she was recommending that the speed limit is reduced in Glenflesk village – a recommendation that will soon be in place. Kerry County Council said that TII is responsible for all signage on the route as it is a national primary route.