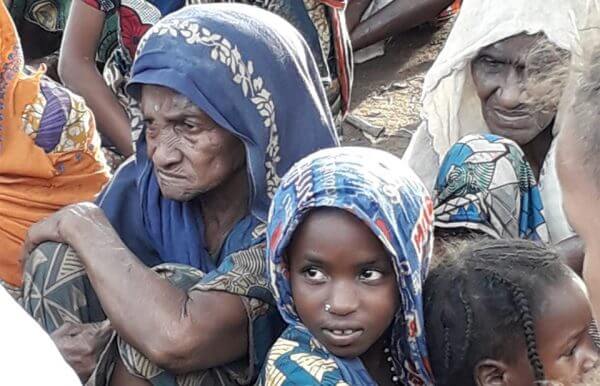 On the border between South Sudan and the Democratic Republic of the Congo, Haut Mbomou is the province worst hit by HIV in the Central African Republic, with HIV prevalence at 11.9% compared to a national average of 4%.

Initially spared by the conflict that engulfed the country in 2013 and 2014, since 2018 Haut Mbomou has seen fighting between rival armed groups, continued insecurity and large-scale displacement of people. More than 47 000 people have been displaced by insecurity and violence in the province, adding to a population of some 3500 refugees from South Sudan and the Democratic Republic of the Congo.

Alerted by accounts of persistent medicine stock-outs, substandard care for people living with HIV and barriers to access to HIV and health services owing to insecurity, a joint mission of the Central African Republic Ministry of Health, the National AIDS Council, the World Health Organization, the Office of the United Nations High Commissioner for Refugees and UNAIDS visited Haut Mbomou from 8 to 12 April. Located 1000 km from the capital, Bangui, the province is among the most underserved by health and social services. Half of the health facilities in the province are closed owing to a lack of personnel or rundown facilities.

In the towns of Obo and Zemio, the mission met with local authorities, health-care providers, religious and community leaders, internally displaced people, refugees and people living with HIV. “This joint mission brings together the breadth of national and United Nations expertise to offer practical solutions to the challenges of HIV and health in this critical province,” said Patrick Eba, UNAIDS Country Director for the Central African Republic.

The mission noted the impact of insecurity on the population and on access to health and other services. The main routes of supply are closed and violence outside the urban centres greatly limits access to medicines, food and other essential commodities.

The Obo District Hospital, the main health-care facility in the province, lacks basic laboratory testing equipment, including for blood safety or tuberculosis screening. Access to antiretroviral medicines is greatly limited by regular stock-outs. The absence of CD4 count measurement, viral load testing and other biological tests for people on antiretroviral therapy limits the quality of care for host populations and refugees. The mission was also concerned by the absence of HIV prevention and sensitization efforts, including the unavailability of condoms.

“How can we live in dignity when we face constant stock-outs of antiretroviral therapy and the hospital staff treat us badly? Many people who are on treatment are sick with opportunistic infections, but the hospital cannot give us anything,” lamented a frail, middle-aged woman living with HIV in Obo, who also bravely spoke out against discrimination.

Access to food is increasingly a problem because insecurity limits farming, fishing and hunting and hinders the ability of humanitarian agencies to deliver nutritional support. For vulnerable people living with HIV, including refugees and displaced people, access to food and nutritional support is essential for antiretroviral medication adherence and effectiveness.

In Zemio, the mission spoke with members of community groups established by Médecins Sans Frontières as part of an innovative programme to facilitate access to antiretroviral medicines. Group leaders collect and dispense antiretroviral medicine to members who live far from hospitals. The group members highlighted that barriers to their access to medicines included roadblocks, insecurity and extortion by armed groups. The mission held a dialogue with communities and leaders of the main armed group in Zemio to emphasize the need for unhindered access to health-care facilities.

The mission showed the complex nature of the challenges facing the HIV response in a context such as that in the Central African Republic, which is characterized by insecurity, population displacement and a collapsed health-care system. Those challenges call for urgent attention and action on the part of the government, the United Nations and others to address emerging and chronic health and HIV challenges. “Addressing these challenges is essential to show that these populations are not forgotten,” said Wilfrid Sylvain Nambei, the Minister Coordinator of the National AIDS Council. “Swift action following this mission will reinforce confidence in the government and its partners and it will advance our efforts to build peace, reconciliation and reconstruction that leaves no one behind.”