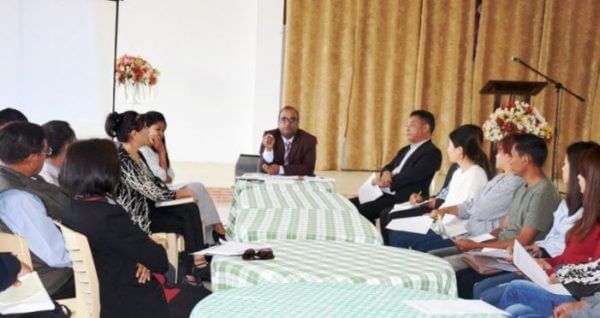 Dimapur, March 26 (EMN): A year after being tagged the ‘second most unlivable city’ in India, Kohima town is ready to not just make amends but become one of the model capital towns of India and join the global fight against plastic pollution.
The transformation of Kohima has likely begun with the launch of the Smart City Project. Kohima town soon just might become a smart city occupied by smart people. Yes, the citizens of Kohima are slowly coming forward together to say “no to plastic” and adopt a plastic-free lifestyle, according to the IPR, in its updates on Tuesday.

In what can be described as a momentous occasion in the fight against plastic pollution, citizens of Kohima represented by various community organisations and agencies besides officials of the state government and district administration decided to put a total ban on single-use plastic products in the capital. This was decided during a joint meeting that was conducted on March 26 in Kohima.

The principal secretary and chairman for the State Empowered Committee on plastic waste management in Nagaland, Abhishek Singh, addressed the gathering. In his opening remarks, he spoke about the impact of plastic and the destruction it causes to the environment. He said that the problem of plastic waste has been a pressing concern for all.

‘The most important aspect towards creating a plastic-free environment is by ensuring that the community as a whole realizes the need to safeguard the environment not just for the present generation but also for the generations to come,’ he said.

”Plastic is not to be blamed. Plastic is very useful and is not the problem. It is the general public who through the indiscriminate use of plastic products that causes the problem,” Singh said.

Singh emphasised on the importance of participation from citizens in the project for the movement to be successful.
Several important topics relating to the implementation of the plastic ban were discussed during the joint meeting. Priority was given to educating the public on the hazards that plastics cause to the environment.

Representatives from the business community also shed light on the more practical aspects of the ban and feasibility of the project.

The gathering also discussed the ban on plastic as an opportunity for upcoming local entrepreneurs who can supply with alternative biodegradable replacements for the banned single-use plastic products.

The meeting concluded with the house jointly deciding to enforce a total ban on all single-use plastic products and to educate the public towards a ‘plastic-free Kohima, a smart town with smart people living a plastic-free lifestyle.

Sedentary lifestyle may cause early mortality