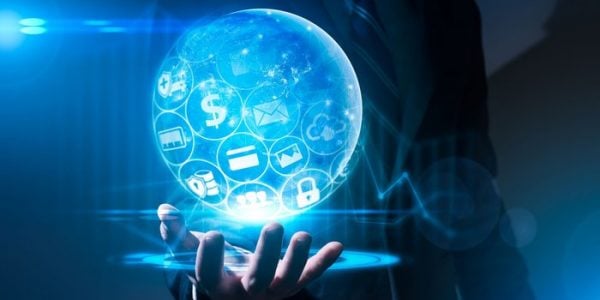 Outside of all the consistent price speculation and novelty of cryptocurrencies, a compelling trend toward a more open and accessible financial ecosystem has materialized.

Underscoring this movement is the expansion of the infrastructure and regulation required to facilitate a transition toward open financial tools. From standardized identity protocols for KYC/AML (know your customer/anti-moneyundering) compliance to modular, open-source tools, the digital asset market is converging with traditional economic structures.

For entrepreneurs, the sheer scale of innovation in the sector is dizzying. The narrative of monetary sovereignty that cryptocurrencies have molmouldeds coincided with broader trends toward data privacy and more accessible financial tools for the unbanked parts of the world. The potential for open, decentralized finance is enormous and has become one of the most convincing areas for attracting entrepreneurs.

The movement towards open finance and integrated financial services
Decentralized (i.e., open finance) is commonly defined as an interoperable financial system where the core beliefs revolve around increased accessibility, transparency, standardization and financial inclusion. The notion of wider access to financial tools is especially important.

According to the World Bank’s Global Findex, more than 2.5 billion people globally do not have access to formal bank accounts or other financial services. Cryptocurrencies have inherently lowered the barrier for accessing value storage and transfer mechanisms by removing intermediaries and creating a new class of assets outside of the existing financial system.

However, even assurances for open and censorship-resistant access to Bitcoin are weak and fragile in many areas of the world.

Parallel with the emergence of cryptocurrencies is the emphasis on open financial tools, either built directly on blockchains as open protocols or hybrid services for digital assets offered by commercial entities ingratiated with legacy systems. These projects expand on the concept of cryptocurrencies by building transparent and open financial instruments for creating and tapping into the power of digital assets.

One of the more compelling developments has been the rise of open financial tools — such as MakerDAO, Compound Finance and Dharma Protocol. These projects are open protocols that operate on the blockchain and provide secured lending services.

Secured lending currently constitutes the largest sector of open finance, but other areas such as security tokens and decentralized prediction markets are also gaining traction.

Despite the potential of open protocols, a wholesale transition to open financial instruments on blockchains is unlikely. Instead, the more prudent approach is a hybrid ecosystem of traditional financial services and businesses integrated with open protocols and digital assets.

The reality of an open financial system is only possible with the proper infrastructure and innovations in related spheres. Regulators and financial institutions in the U.S. are gradually warming to the notion of digital assets, but are looking for the right market maturity and infrastructure before diving in headfirst.

As startups have transitioned away from ICOs, a new focus has been placed on security tokens and transparent, regulatory-compliant digital assets. Similarly, models for ICOCIOsve begun to strictly follow KYC/AML processes in an effort to provide assurances against their previous notoriety for fraudulent crowdfunding.

Increasing regulation, identity standardization and data sovereignty
With increasing regulatory oversight comes concerns about data privacy and security, as users traditionally need to duplicate personal data across various industries and markets to comply with KYC/AML processes. Within an open financial system, compliance with regulatory structures will be necessary, but initiatives are underway to make the process much more seamless — via standardization and enhanced data security.

Data sovereignty has coincided with the cryptocurrency narrative of monetary independence. BloBlock passes a distributed KYC platform that is one of the primary companies pushing the transition to self-sovereign digital identities, and their work has some crucial implications in open financial systems.

“The issue is that a user’s digital identity is not private to them,” said Blockpass founder and CEO, Adam Vaziri. “Identity consists of the most sensitive information relating to an individual. This is not something that should be controlled by a corporation — it should be developed and controlled by the user.”

The duplication of identification data across myriad companies and industries lead to endemic, high-profile hacks (as reported by 01.Media), and improper use of data by financial institutions and tech companies.

Standardized identity protocols such as Blockpass enable users to store their data locally on their devices and can easily comply with KYC/AML processes across industries via attestations to the authenticity of their identity, without revealing unnecessary personal information. Their model is highly useful for financial service companies in the digital asset sector — such as exchanges — using their identity verification portal. Similarly, a new generation of ICOCIOsd STOs is targeting regulatory-compliant launches.

A standardized and open financial ecosystem
The future landscape of an open financial system built on open protocols and hybrid financial services is an exciting proposition. For entrepreneurs, the rapidly expanding market presents some unprecedented opportunities for building in a cutting-edge field that is reshaping an outdated financial model.

As countries transition to cashless societies, Bitcoin and other cryptocurrencies provide a fundamental hedge against the privacy and censorship-prone abuses that come with an absence of cash. A hybrid system of open financial instruments and cryptocurrencies creates an environment where the billions of unbanked in the world can enter into the modern digital economy with monetary and data sovereignty on their side.