The worst-kept secret is now out: Apple is now a services company 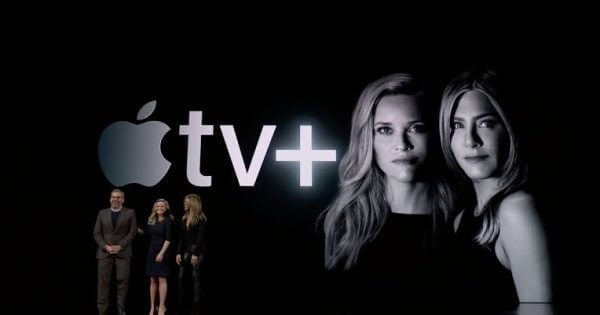 Monday, March 25th. All eyes were on the Steve Jobs Theater at the new Apple campus. The worst-kept secret in the industry was out: Apple was no longer just a hardware company, no longer a purveyor of expensive gadgets, but a streaming company, a news publisher, a gaming service, and a credit card provider. Services are the real deal these days, and it was only a matter of time before the black turtleneck gang muscled its way into this business. Services you are dependent upon, services you’ll pay for every month, services that’ll be such an integral part of your life you won’t move away from, no matter what. That’s what has made Amazon, Google, Netflix (and many others) such a big deal — and it was about time Apple came up with its own play.

Apple is dead. Apple isn’t dead. The feverish, swinging to the extremes coverage of anything concerning the chaps in Cupertino can be exhausting. Just last month, a report by Gartner caused doomsayers to jump up and scream from the rooftops: Apple sold 64.5 million iPhones over the 2018 holiday season, a massive drop from the 73.2 million a year before that. Of course, Apple baiters conveniently left out that arch-rival Samsung also witnessed a downturn in sales, while the only ones to be happy were the Chinese big guns like Huawei, Xiaomi, and OPPO.

Now, you could insist Apple is declining, but a more sensible inference seems to be that the wealthier, western markets are now facing saturation (and perhaps fatigue). Add to it the fact that people are holding on to their devices for longer considering upgrade costs are significantly higher than what they used to be, and older devices are ‘good enough’ to the last longer. That means the real growth will come from two areas: first is what’s euphemistically called ‘the next billion’ — users in the fast-growing nations of China, India, and other ‘emerging economies’ (most of whom usually can’t afford the high-priced flagships that are the darlings of the press), and second, services.

Netflix, Hotstar, Amazon Prime, Hotstar, Jio Movies, Gaana, Spotify, Voot…. the list of streaming content providers goes on. Meanwhile, even Disney (the world’s biggest entertainment company) is getting in on the action, with its Disney+ service slated for launch later this year. The market is crowded, whether you’re talking about western markets, or here in India, but there’s space for more. Or is there?

Apple has the muscle and the loyalty
Image courtesy Apple

Cash-rich Apple certainly has the muscle to strike deals with publishers. It also has the loyalty — Apple users who will gladly stay within the ecosystem as long as they can (ignore Apple Maps, for now, will you?). But Apple also has another kind of muscle — its tight control over its ecosystem makes it difficult for publishers to rebel. Don’t like how much commission they charge? Hate their strict rules? Sorry, you’re out of luck. It’s their way or the highway, and considering Apple’s reach and the strong fortifications of its ‘walled garden’, you’re more than likely to bound to fall in line.

Apple’s TV+ is not up against minnows: Netflix is pretty much the ‘Xerox’ of streaming. But even Netflix faces a battle for the future — several publishers, such as Disney, HBO, and others already have their own streaming services live, or in the pipeline. Meanwhile, there’s Amazon’s Prime, which is also making a play for the top tier with several enticing properties. Here in India, you’ll also find Hotstar, Jio, Voot, and many other providers — standing firm on the basis of their catalogue, pricing (always crucial), and, perhaps the most important factor — the breadth of content, across languages.

Back to the global scene, Apple’s well aware of the importance of an exclusive catalogue and is going big on original content, with titans like Steven Spielberg and JJ Abrams on board. At the same time, it’s allowing users an a la carte selection of some very popular channels. No price wars here, just a bold play for premium content.

Apple’s new News+ sounds a bit less compelling — a ‘curated’ selection means die-hard loyalists might not be happy, while there are enough slick apps that let you design your own newsfeed or give you paid access to a meaty bundle of publications. Still, the prospect of exclusive content and the ease of use may keep users happy.

Apple’s Arcade, meanwhile, seems rather intriguing, with the prospect of an all-you-can-eat buffet sure to entice many avid gamers (of course, publishers will be wary of this). But considering details on Arcade are sparse as of now, with no clarity on pricing and catalogue, it remains to be seen just how big an impact it would make. With Google’s Stadia (completely different in nature, but still a rival of sorts, and in many ways, a lot more future-ready) waiting in the wings, one would think Apple is fighting today’s battle, not tomorrow’s. As for the new Apple credit card, don’t expect the banking industry to stay silent (anyhow, a moot point for us in India as it’s unlikely this will make its way over any time soon).

Apple has done it before
Apple Music

If you’re wondering if Apple can pull off yet another trick after entering the market so late, consider Apple Music. Yes, it might not be the most popular music streaming service in India (homegrown names like Gaana, Hungama and JioSaavn are bigger), but on the world stage, Apple is hot on the heels of Spotify (it’s already overtaken Spotify in the US). And with 40 million installs on Android devices, this loyalty is cross-platform, unencumbered by Android-versus-iOS arguments. Of course, music streaming, where most players more or less have a similar catalogue, is a whole different ball game.

The road ahead: It’s all about expanding the ecosystem
Is Apple merely hedging its bets? Trying to offset the slowdown in iPhone sales? Getting revenue wherever it can? Unlikely. Of course, it’s opening up new revenue streams, but that’s not from a position of weakness. Given Apple’s track record, this play for services ties in with its larger plan. Which usually tends to include an all-out attempt at dominance. No half measures, no testing the waters. No ‘beta’ services that disappear one day (we’re looking at you, Google). This battle for dominance isn’t for phones, it’s for your time, for your evenings and weekends, for your life.

Over the next few years, expect services to become a bigger part of Apple’s business. Devices will continue to be the mainstay (and might seem even more attractive as Apple’s service portfolio grows), but its monthly subscriptions will target not just loyalists, but those of us who treat an always-on, connected world like any other essential utility. You pay a monthly bill for video and music streaming. Pay it to us, says Apple, we’ll make it worth your while. And while you’re at it, here’s some more stuff you can pay for. After all, shiny devices are nice, but you know what’s the glue that binds them together and makes them even more fun? Services that enable a ‘smart’, futuristic lifestyle.

That’s what Apple is – a lifestyle company, and this is just the next phase of its grand plan.