Apple Arcade vs Google Stadia: Two game subscription services with nothing in common 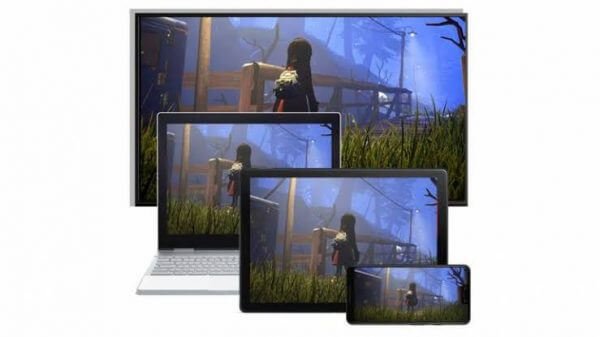 Earlier this week, Apple announced a new game subscription service just a week after Google’s big Stadia cloud gaming announcement. While both services might feature a similar subscription model – that’s about all they have in common.

In terms of ‘what they offer’ and ‘how they offer it’, they couldn’t be further apart.

Google’s Stadia is openly available to users, allowing anyone with a Chrome browser to play the game. Google is also offering a gamepad that controls directly to Wi-Fi. On the other hand, Apple Arcade can only be played on iPhones, iPads, Macs and Apple TV devices.

Apple Arcade will run games leveraging traditional hardware, allowing you to download a game and play it online or offline depending on your preference. Google Stadia is a cloud-based gaming service which relies on a strong Internet connection to stream games onto a screen. Stadia will stream games from hardware in datacentres onto the Chrome browser.

Type of games on Stadia

Google Stadia’s library will include everything from casual games to the latest AAA titles. At GDC 2019, titles like Assassin’s Creed Odyssey, Doom (2016) and NBA 2K demoed on Google’s cloud game streaming platform.

Bethesda’s highly anticipated Doom Eternal is also coming to the service. Google has also confirmed that the company will be publishing original titles on the platform.

Type of games on Arcade

Limitations in hardware mean Apple Arcade will not offer graphic-intensive AAA titles. Apple announced a library of 100-plus games including AR and multiplayer titles with a strong mix of familiar franchises and upcoming indie experiences. Apple Arcade will include games like Sonic Racing, LEGO Brawls, Beyond a Steel Sky and several others. Apple has also promised to dedicate resources to ensure only quality titles reach their service.

Both Google’s and Apple’s services are miles apart. Comparing Google Stadia and Apple Arcade is like comparing apples and oranges. Google’s service excels at delivering triple-A gaming titles which would otherwise require expensive hardware to run but needs a pretty strong Internet connection (25 Mbps at 60 Fps in FHD resolution).

Apple Arcade, on the other hand, features titles that can be played offline and on just about any device without a heavy emphasis on a strong Internet connection. But you’re unlikely to AAA or graphics-heavy titles.