How Your ‘Lifestyle Score’ Affects Your Risk of Colorectal Cancer 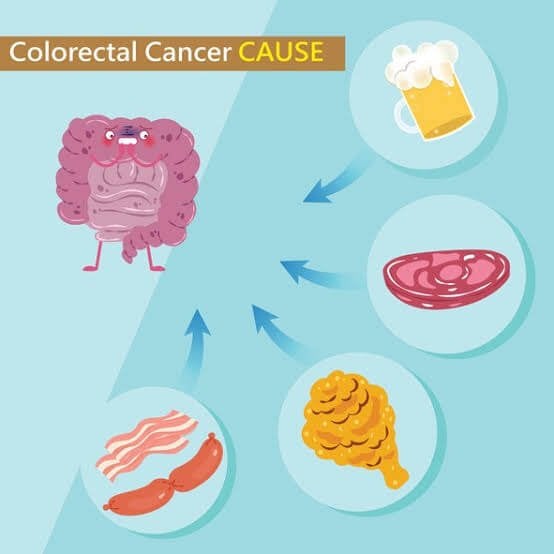 To do this, researchers assigned a “lifestyle score” to nearly 30,000 people, based on levels of certain biomarkers in the blood and lifestyle data. Those with higher scores were more likely to develop colon cancer, they found. The findings were presented March 31 here at the annual meeting of the American Association for Cancer Research.

To calculate the lifestyle score, the researchers used data on more than 2,600 people who had participated in the American Cancer Society’s Cancer Prevention Study-II’s Lifelink Cohort. [7 Cancers You Can Ward Off With Exercise]

Using data from 80 per cent of the 2,600 participants, the researchers compared the levels of these biomarkers to the survey responses on nine lifestyle factors and came up with a weighted score. In other words, they calculated how much each lifestyle factor seemed to influence the biomarker levels. These factors included BMI; hours of exercise per week; hours of screen time per week; weekly fruit and vegetable intake; weekly intake of grain and red or processed meat; alcohol consumption; and smoking.

Then, they confirmed that these scores made sense, using data from the remaining 20 per cent of participants.

BMI had, by far, the highest weighted score, suggesting that it has the biggest impact on increasing the levels of all three biomarkers. “That’s not too surprising, considering the large effects that obesity has on all levels of a lot of different [aspects of] metabolism,” said lead study author Mark Guinter, a postdoctoral fellow at the American Cancer Society.

This was followed by — at a much lower, but still positive score — eating red or processed meat.

However, this could be because the models they used adjust only for lifestyle factors, so “there could be other factors like age or [other medical conditions] coming into play,” Guinter said. “In light of this, we try to refrain from drawing conclusions when looking at the individual [scores], especially if they are not large.”

Indeed, the researchers used these weighted scores to calculate an overall score for nearly 29,000 participants who had submitted lifestyle data. They found that people with higher overall scores had a higher risk of developing colorectal cancer. “The key takeaway is that lifestyle can influence colorectal cancer in a variety of different ways through your metabolic health,” Guinter told Live Science. If you had to home in on one key lifestyle factor, maintaining a healthy weight seems to be the “most important.”

Though the conclusion seems “very obvious … sometimes it’s good to confirm the obvious,” said Sheetal Hardikar, an assistant professor at the Huntsman Cancer Institute of the University of Utah, who was not a part of the study. “I thought it was a good way of combining biomarker data with lifestyle data.”

Next, the researchers can take this data and compare it to molecular data from tumour samples, Hardikar told Live Science. Indeed, that’s the plan, Guinter said. He hopes that these follow-up studies will allow them to “see if there’s a tumour subtype that’s particularly susceptible to a high-inflammatory lifestyle,” he said.

The findings have not yet been published in a peer-reviewed journal.

Baby steps to an eco-friendly lifestyle