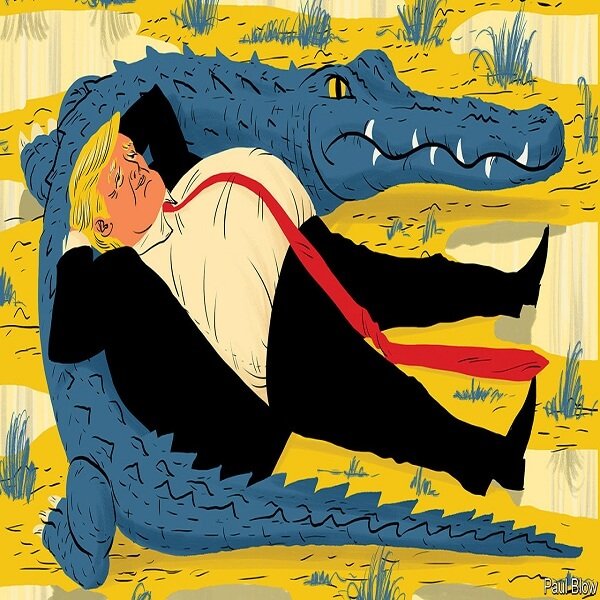 Advancing corporate America’s interests is no easier under the CEO president.

Since Donald Trump was elected president and received wisdom, big business has run rampant in Washington, dc. The chief executive-in-chief has filled his cabinet with fellow plutocrats, executives, and, horrors, lobbyists. One who used to represent the coal industry runs the Environmental Protection Agency (EPA). The acting interior secretary, David Bernhardt, risks so many potential conflicts of interest from his previous life lobbying for energy and natural-resources firms that he carries around a card listing all 22 of them. Last year businesses spent more than $3.4bn advancing their interests in the halls of government, 8.5% more than before the self-styled “CEO president” took office (see chart 1). The healthcare, finance, and industrial sectors each splurged over $500m.

Yet these sums may reflect not how easy life is for corporate America in Mr. Trump’s Washington, but how difficult. The Chamber of Commerce, which has had the ear of every president, has successfully championed massive corporate-tax cuts but failed to dissuade the president from imposing tariffs and curbing immigration. Big Pharma, which had managed to raise drug prices regardless of which party controlled the White House, is pressed by Mr. Trump to lower them. Big Tech has three firms among the ten most significant spenders on lobbying—Alphabet, Facebook, and Amazon—but few friends in Washington, not least because Silicon Valley has been critical of the president, often vocally so.