Profits fall as AA ramps up spending on technology 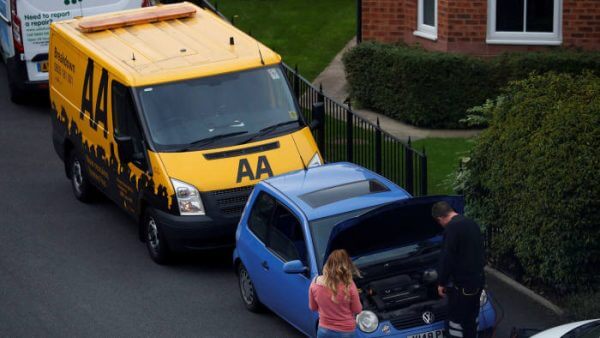 Annual profits at the AA fell by 64 per cent because of spending to launch more roadside patrols and develop new services such as black box technology that can predict breakdowns, as the 114-year old group tries to reposition itself as a technology player.

The profit figure was lower because of £26m of spending into its roadside division, as well as a £22m hit from new pensions rules, while a £34m pension credit inflated the previous year’s figure.

The company’s preferred profit measure — trading earnings before interest, taxes, depreciation and amortisation — fell from £391m to £341m, fractionally above expectations of £340m.

The company aims to produce free cash flow from this year, which will allow it to begin paying down its £2.7bn debt mountain, a hangover from the private equity ownership before the company floated in 2014.

The 114-year old company is trying to pivot to become a technology-focused business with black box systems that can predict breakdowns in advance and larger insurance business.

One of the aims of the spending was to help it improve the efficiency of its roadside fleet, and during the year the company cut its average callout time from 50 minutes to 43 minutes.

It also reduced its reliance on paying third-party garages to attend call-outs it cannot reach.

“We have spent the last year stabilising the operations, this year is about launching the new services,” said Simon Breakwell, the AA’s chief executive.

From this year the company will roll out telematics services that allow customers to plug in a USB stick into their car that will detect engine problems and automatically alert AA patrols to their problem and location.

The system can also tell drivers if something is about to go wrong with their car, telling them to pull over.

During the year the group renewed several of its largest contracts, including Volkswagen and Lloyds Banking Group, and on Wednesday announced it has won a contract with the insurer Admiral that will see it offer breakdown cover to the company’s 4.3m customers, as well as working on a joint marketing campaign to target younger drivers.

The AA is also trying to grow its own in-house insurance arm.

The number of paying individual members in its roadside unit fell 2 per cent to 3.21m, though revenue per member rose 3 per cent to £162.

Business accounts, where people have automatic membership through a garage, car company or insurer, fell 1 per cent to 9.79m.