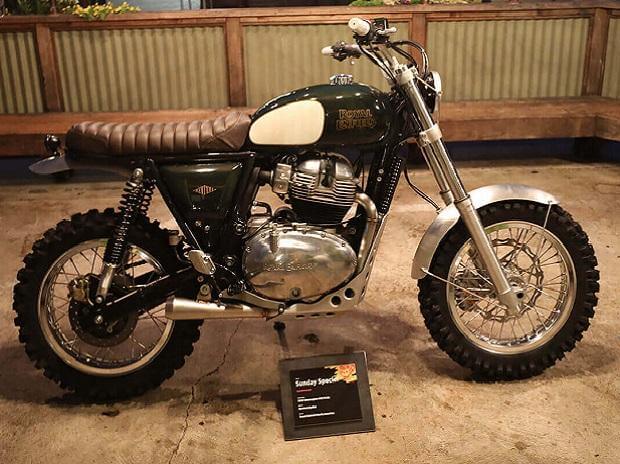 The launch of Royal Enfiled’s 650 cc twin-engine models in late 2018 has given a boost to the 500-800 cc motorcycles segment in the last eleven months.
The segment doubled domestic sales to 6,357 units during the period between April 2018 and February 2019 compared to 3,161 units in the same period last year. The growth was almost fivefold in February to 1559 units compared to 303 units in the same month last year, according to SIAM.

During February 2019 304 units of the 650 Twin were manufactured of the total 3289 units produced in the segment. Royal Enfield’s twin-engine models were launched in the middle of November 2018, according to reports.

The production for the 11 months ended February, this year, grew to 15,463 units, with around 8017 units of 650 Twins compared to the total production of 9,394 units same period last year.

Royal Enfield’s spokesperson said the upper end of the mid-sized segment is largely underserved and there are hardly any motorcycles at this price point.

The Interceptor 650 and the Continental GT 650 have been game changers in the premium mid-sized motorcycle segment with compelling style and highway capability, the spokesperson added.

Royal Enfield has more than three million customers waiting to upgrade to higher-powered motorcycles. The Interceptor 650 and the Continental GT 650 are appropriate products to tap into this pool of customers who are waiting to upgrade from their existing 350cc and 500cc motorcycles. The 650 Twins are also attracting new customers who have been waiting for more premium offerings from Royal Enfield.

The Royal Enfield Continental GT 650 launched in 2018 is envisaged by the company as capable to unlock the potential in the segment.

Exports in the segment have also grown to 1609 units in February 2019, of which 1448 units were the RE product, as compared to total exports of 436 units in the same month a year ago, led by Harley Davidson Motor. The segment has products like Street Rod, Street 750 and Street 500 (this model was not in production in February, this year) from Harley Davidson Motor Company India, CBR 650F from Honda Motorcycle and Scooter India (this model was not in production in February, this year), Ninja 650, Z650, Versys 650, ZX6R and Vulcan S from India Kawasaki Motors Pvt Ltd, DL650XA and GSX-S750 from Suzuki Motorcycle India (which were launched within last one year). Triumph Motorcycles has nine models in this segment, under the brands Tiger, Street Triple, and Daytona.

The growth of this segment also comes at a time when the production and sales of models with engine capacity of 350cc to 500 ccs and 800 ccs to 1000 cc have shown a decline. Production of 350 ccs to 800 ccs has come down from 12113 units in February last year to 5009 units in February 2019. Domestic sales during the comparable period declined to 2,533 units compared to 7,576 units last year. Exports also declined to 2858 units this February compared to 4664 units in the same month last year.