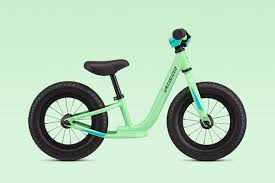 KUALA LUMPUR: Petronas Yamaha Sepang Racing Team (SRT) team principal Datuk Razlan Razali has warned Hafizh Syahrin Abdullah not to think of SRT as a safety net should he continue to struggle on the track this season.

Hafizh, who is in his second season with Red Bull KTM Tech3, has found the going tough since the French outfit switched to KTM machinery this year.

Tech3 had spent the last 20 years as a Yamaha satellite team.

Razlan said Hafizh needs to pull himself together and forget about comparing his current KTM RC16 to the Yamaha YZR-M1 he used last year. The M1 is widely known to be a user-friendly machine.

“After what happened in the first round (in Qatar), Hafizh needs to realise the situation he is in now, otherwise he will be in trouble,” said Razlan in Kuala Lumpur today.

“When I was there (in Qatar), in fact even after I went back (to Malaysia), I gave him some stern advice. I don’t want him to just think about this year but also about the future.

“The first year in MotoGP might not be that hard, the difficult part is sustaining it (performance) and subsequently how long he is able to remain in MotoGP.

“He has to stop using the bike as an excuse and also stop comparing KTM to Yamaha. At the end of the day, this is what you have (KTM), so you have to learn to live with it.”

Hafizh has struggled for pace since pre-season testing, which started last year and finished the season-opening Qatar GP earlier this month in the last place, a distant 20 seconds behind second-last finisher Tito Rabat (Reale Avintia Racing).

Hafizh’s contract with Tech3 will expire at the end of this season.

“I have to agree with Poncharal’s statement as he (Hafizh) was not only last but was also a long way behind the second-last rider,” added Razlan.

“The goal is simple — finish ahead of Oliveira. Hafizh needs to give full focus on his job which is to train hard.

“This is what he needs to think about 24/7, what we want is an effort.

“It is up to him now. He has to put in the hard work. We are still supporting him with training (sessions) at the National Sports Institute (NSI) and he has also gone for three assessments with a psychologist. Hopefully, he will improve in Argentina next week.

“I want to make it clear now that our (SRT) current MotoGP riders (Fabio Quartararo and Franco Morbidelli) each have a two-year contract for 2019-20.

“So there is no place for Hafizh next year. I don’t want him to think of Petronas (SRT) as a safety net.”

By comparison, SRT riders Morbidelli and Quartararo have both made a relatively impressive start to the season, finishing 11th and 16th respectively in Qatar.

The Couples That Fans Can't Stop Talking About Return to TLC on "90 Day Fiance: Happily Ever After?"