The death of a Naxalite 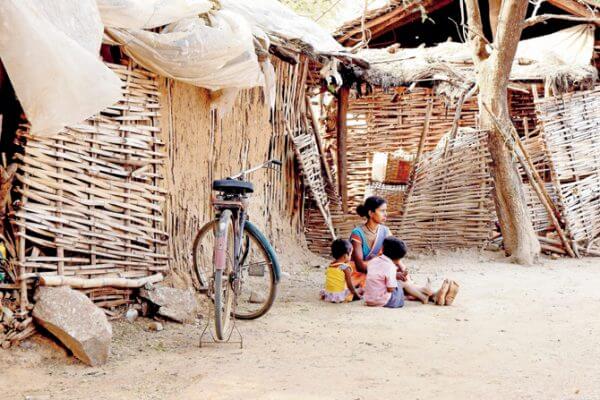 Vinod Kumar MenonGadchiroli
Long past the horrors of living dangerously, a former naval commander, who surrendered to the state in 2014, is reclaiming her citizenship, as a first-time voter

Waiting in a serpentine queue at a polling centre in Gadchiroli, the harsh April summer burning her skin, 33-year-old Sandhya Madavi (name changed), a former naval commander, doesn’t want to take this privilege for granted. After years of facing the ignominy of being labelled a “dish drohi,” she finally has the chance to prove her allegiance to the state, as a first-time voter.

Sandhya was only 17 when she gunned down a cop. It was also the first time that she found herself in a crossfire, in the wilderness of Gadchiroli. “I emptied all the rounds in my AK-47 magazine. One of the bullets pierced through a policeman’s chest and he fell to the ground, right in front of me,” she recalls. “I managed to escape into the jungles. But after that incident, I did not sleep or eat for two days.”

In 2014, over a decade after working for the Naxals, Madavi along with her husband and hundreds of others, surrendered to the police, under the Naxals Surrender and Rehabilitation Policy. It’s been over five years since she chose the country over her cause, but Sandhya and her family continue to live in fear. “We cannot go back to our village, and cannot speak openly about our past,” she says. Still picking up the pieces, Sandhya speaks of Naxalism and the life after.

Sandhya hails from a remote village bordering Chhattisgarh, where she lived with her parents and six siblings – two sisters and four brothers. Her parents were farmers, and like most poor families in the village, struggled to make ends meet. Sandhya, who hoped for a way out of this rut, found Naxalism as a means to achieve freedom.

“A few Naxals would visit our village and keep pushing us to join their cause. They said we’d get freedom. I was drawn to their ideology of treating everyone equally. They did not believe in the government and held it responsible for the growing divide between the haves and have-nots.”

Search for freedom
In 2002, when Sandhya was still in Class VII, along with her friend Radhika (name changed), she left home to join the naxals. The initial days in the jungle, where they camped, were not easy, says Sandhya. “We would walk for hours together in dreams [small groups] of 20 people, led by a squad commander. Our legs would ache from all that walking. Sometimes, we’d go without food and water for days. We were scared and wanted to return home, but feared getting killed.”

Their mission involved gaining the confidence of the tribal people and distributing literature and other written material to them to reinstate that the government was their “Dushman”. The other tasks involved burying bullets and magazines in pits inside the forests. “We marked the area with a sign on the tree, and would go back to the spot to collect the same when required,” she says.

The Naxals communicated mostly in Gondi and Madia, the language of the locals. “We were given R2 lakh every year, which was distributed among 20 members, for buying toiletries and other personal items. We also had laptops, and printers inside the jungle, which were used to print Naxal literature.”

The training was also rigorous. “We’d wake up around 4 am and get ready to be on the ground by 6 am. Our superiors taught us to handle various weapons, right from a 12-bore gun to .303 rifle and AK-47. We were also trained in unarmed combat and martial arts,” she says, adding that she also learned how to make explosives using gun powder, detonators and other locally-sourced material.

Apart from this, the members were also trained in emergency medical assistance by qualified doctors and surgeons who had joined the movement.

The big fight
One of her first shooting operations was in 2003 when Sandhya killed a policeman. While that incident scarred her, it also helped her get over the fear of death. “After that, I took part in nearly 10 operations in Balaghat and Melghat,” she says.

At Balaghat, a foodgrain godown was attacked by the Naxals. “We looted the grains, rice, wheat and oil, and distributed it to the nearby tribal villages.” During the 2009 election at Deori village in Gondia district, Sandhya and her dalam members opened fire on the polling officials to prevent them from conducting elections there.

“The election officials were forced to shift the polling station, and only a few villagers from Deori went and voted, as we had threatened them with dire consequences.” Similar attempts were made at Korchi in Gadchiroli, where polling officials were fired upon.

According to Sandhya, she was apprehended thrice by the police and C-60 commandos. “In those days, I used to carry a revolver with me. To my luck, they never examined me physically and allowed me to go,” she recalls.

From all salam to Tauranga
Sandhya met her future husband, Ravi (name changed), in 2008. “At the time, I was his commander. I remember how he’d look for an excuse to talk to me. Once, I had even informed my superior about his behaviour. It was only a year later that Ravi expressed his feelings for me. We got married with the consent of our superiors.” The wedding was celebrated in a tribal village inside the forest.

It was in 2012, sometime after her friend Radhika quit Naxalism that Sandhya’s husband suggested that they quit the movement. “I was not willing to give up the fight for freedom, but my husband insisted that we should. We both decided to leave the dalam and ran out of the jungle with our weapons,” she remembers.

The couple took shelter in Ravi’s house in Gadchiroli and stayed there for a few months. Two years later, Ravi’s cousin, a C-60 commando, convinced them to surrender. “As per the state government’s surrender scheme, Ravi and I received a decent sum along with a plot of land and house.” Sandhya had over six cases against her, but thanks to the surrender policy, she was absolved of all charges. “Today, Ravi works as a watchman and is earning Rs 4,000 monthly, while I look after the house.”

The only remorse Sandhya has is that she can never meet her parents in Chhattisgarh. “The villagers and Naxals treat us as enemies, and if our parents meet us or if we meet them, it’s likely that they [naxal] will kill them, too.” But this life, she says, is better than the one she had in the forest. “We sacrificed and risked too much in the name of ideology.”