THE FIRST GENE-EDITED FOOD IS NOW BEING SERVED 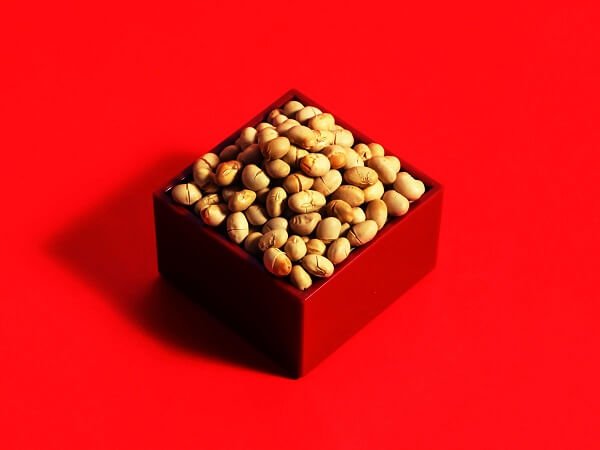 NOT LONG AFTER Calyx moved into its shiny new steel and glass headquarters on the outskirts of Minneapolis last summer, a woman pulled her car into its freshly poured parking lot and headed for the biotech firm’s front door. She caught the company’s chief science officer, Dan Voytas, just as he was leaving. “Um, is this a medical marijuana facility?” she asked, here eyes drifting to the rows of greenhouses at the back of the property and the high fences surrounding them. No, they weren’t growing pot. They were growing something at once even more revolutionary and perhaps more controversial: gene-edited food crops.

Farmers and breeders have been manipulating the DNA of the plant’s humans eat for millennia. But with powerful new gene-editing technologies developed over the last five years, scientists can now add or subtract plant genes with unprecedented precision and speed, leaving first-generation GMOs, along with their stigma and burdensome regulations, in the dust. Companies big and small have adopted the technology to make products as disparate as climate change-resistant cacao and extra-starchy corn for adhesives. But last month Calyx became the first to commercially debut a gene-edited food—a soybean oil it claims to have made healthier.

Shoppers can’t yet buy the oil, a product of soybean plants that have been edited to produce fewer saturated fats and zero trans fats, but Calyx’s CEO Jim Blome says people are already eating it. The company’s first client—a restaurant with multiple locations in the Midwest—has begun using the oil to fry, make sauces, and dress salads, as the Associated Press reported last week. Calyx describes its oil as having the heart-healthy fat profile of olive oil without its strong, sometimes grassy flavor. Whether that’s something customers want remains to be seen. But Cano, as the oil is known, marks an important moment in the long human history of messing with plant DNA. It signals the official arrival of foods that have been genetically altered not solely to make farmers’ lives easier, but to make consumers’ tummies (and hearts and other organs) happier.

“Right now the food industry solves all its problems through processing or chemistry,” says Voytas. “We’d like to do it through genetics and gene-editing.” In addition to its soybean oil, Calyx is working on wheat with more fiber and less gluten and potatoes that can safely be put in cold storage without accumulating sugars that catalyze into cancer-causing chemicals when cooked at high temperatures (that’s a thing that actually happens).

They’re working on developing traits useful to farmers too. When I visited Calyx last August, rows of alfalfa plants had just been moved from the greenhouses to test plots outside to make way for herbicide-resistant soy and canola. But those are in much earlier stages of development. What Calyxt is really trying to do, says Voytas, is making it easier for people to have a healthy diet without giving up the foods they like. “We’d like a piece of Wonder Bread to meet all your daily requirements of fiber,” he says.

Engineering these novel nutritional attributes starts on the top floor of the Calyx lab, where its scientist’s design gene-editing molecules on computer screens and pipetting robots build them. The most well-known gene editor is Crispr, but Calyx uses a different set of DNA-cutting enzymes called TALENs. In 2010, Voytas co-invented the method in his plant genetics lab at the University of Minnesota, where he still spends some of his time. For a few years, he and his grad students were busy making TALENs for other researchers who wanted to supercharge their plant gene-tinkering toolbox. “Then Crispr came along and you didn’t really need the Voytas lab anymore,” he says. By then, though, he had taken his tech to the French biotechnology firm Cellectis and been installed as chief scientist of its new plant engineering division. Calyx, as that company is known today, has about 50 employees.

Many of them are scientists who work down in the sterile plant-tissue culture labs. There they sort seeds, transfer embryonic plant cells to agar-filled Petri dishes, and deliver the custom-designed TALENs. Then they douse the cells in root- and leaf-stimulating hormones and let them grow until they become big enough to punch out a bit of leaf material to sequence and see if the right edit was made. Successfully edited plants get moved to a brightly lit, temperature-regulated nursery room for further testing before going out to the greenhouse. Next, they might get crossed with other lines that grow better in less-controlled environments or sent straight outside to see how they behave in small plot trials. From the top-performing plant, Calyx will start saving seeds to eventually sell to farmers.

In 2018, Calyx contracted with 78 farmers in Minnesota, Iowa, and South Dakota to grow 17,000 acres of its gene-edited, high oleic soybeans. At the end of the season, Calyx bought back the beans and had them crushed into Cano oil, which it is currently shopping around to more than 40 food companies. The company tries to find farmers within 100 miles of small, independent crushing facilities that don’t mind halting operations for a deep-cleaning of their machines to make way for Calyx’s haul. That’s because—unlike 95 percent of the 80 million or so acres of soybeans planted each year—Calyxt says its crop is “non-GMO.”

So far, US regulators have agreed, saying that as long as a genetic alteration could have been bred in a plant, meaning you’re not injecting DNA from other reproductively incompatible organisms, it doesn’t require special oversight. Monsanto and DuPont each have their own versions of high oleic soybeans that were made with conventional genetic engineering techniques and therefore had to undergo additional safety testing and environmental assessments. Calyx’s version won’t be subject to any of that, nor the USDA’s long-awaited GMO labeling requirements, which it released in December. The standards will require food companies to label foods that have been “bioengineered” by 2022, but the rule likely won’t apply to gene-edited foods if they don’t contain foreign DNA.

While critics lambasted these decisions and have called for more regulation of gene-edited foods, companies are plowing ahead. Farmers in North Dakota and Montana are growing herbicide-resistant canola that was genetically tweaked by Cibus, a plant-editing company based in San Diego. In Massachusetts, Yield10 Bioscience is boosting flax’s omega-3 content; another company called Pairwise has an eye on designer fruits and veggies; and a third, named Inari, is planning to tailor seeds right down to growing conditions of individual farms. In February, Saint Louis’s Benson Hill Biosystems announced it’s working with scientists in California to engineer high-CBD, low-THC cultivars of cannabis. Greenhouses growing gene-edited pot might not be such a crazy idea after all.

Healthy food prescriptions could save billions in healthcare costs