Your lifestyle is eating into your health! 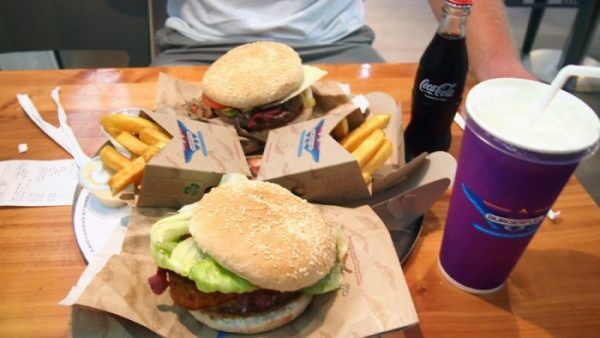 Habits are hard to break, but the surge in lifestyle diseases is a clarion call to shun some of the behaviors or lifestyle choices and pull up one’s socks, literally.

World Health Day today is a reminder of how pertinent role lifestyle choices have on our health.

“The lifestyle factors that lead to cardiac diseases are diet, sedentary life and tobacco, and excessive alcohol use. It is now increasingly evident that the high amount of carbohydrates, especially the refined sugars, starchy refined carbs are the most important dietary factors responsible for the genesis of lifestyle diseases including diabetes, obesity, and atherosclerosis,” he says.

While some myths are being broken, new truths are unfolding when it comes to what we consume.

“Hitherto, it was thought that excessive consumption of fats, especially saturated fats (found in butter and ghee, coconut oil, and animal meats) were responsible for increased obesity, diabetes, high cholesterol, and heart diseases. But today, we have enough scientific research that these dietary factors are not as harmful as thought,” says Dr. Venkatesh.

“Increased availability of foodgrains with flooding of the supermarkets with highly refined carbs appears to be the most important cause for the lifestyle disease epidemic seen in this millennium,” he adds.

An unhealthy lifestyle is the bane of modern society, and not many are aware of what it brings to the table – a platter of diseases.

Needless to say, these choices have opened a can of worms.

“Chronic Kidney Disease (CKD) is a growing health problem, and there are well-established risk factors for end-stage kidney disease of which Diabetes and Hypertension are strong predictors for the development and progression of chronic kidney diseases, and these, in turn, are closely linked to lifestyle factors,” explains Dr. H Sudarshan Ballal, Chairman, Manipal Hospitals.

“We have learned from the research of other chronic conditions such as heart disease and cancer that lifestyle factors namely diet, physical activity, cigarette smoking, and Body Mass Index plays a vital role in health outcomes namely cardiovascular events and mortality and kidney diseases are no exception to this rule,” he says.

With processed food mushrooming by the day, it’s time to take a relook at it and the lack of nutrition in our diet.

“A balanced diet,” says Dr. Priyanka, “is a good mix of unrefined whole grains, millets, pulses, legumes with at least five to six servings of vegetables and fruits, a good mix of healthy fats from nuts and oilseeds, and a low-fat variant of dairy and poultry.”

It is known that diet is a sensitive area to tread on, primarily when battles over diets are being fought on the internet.

Elaborating on the dos and don’ts, Dr. Venkatesh says, “The single most important dietary change that modern society has to adopt is to reduce the refined carbohydrate intake. Avoid starchy grains including sugary breakfast cereals, refined sugar, sugary drinks such as sweetened fruit juices, aerated drinks.”

“While whole grains make more intuitive sense, the overall proportion of carbohydrates should be limited in a balanced diet.”

“Remember that a typical Indian household breakfast is upwards of 70 percent carbs, whereas lunch or dinner can have 60 percent or higher carbs. Consume plenty of vegetables, including green leaves. Instead of fruit juices, consume whole fruit since they contain fiber. However, too much fruit sugar is also not very healthy,” he says.

“Milk and milk products are a major energy source, proteins, calcium, and vitamins for vegetarians. Dairy fat as in full-cream milk or curd, butter and ghee, cheese, and paneer are proven safe in moderate quantities. Therefore it is preferred not to avoid milk and milk products,” explains Dr. Venkatesh.

Notably and in more ways than one, carbohydrates seem to be the bad guy here.

Watching the contents on the plate has become more critical than ever.

“With evidence confirming the safety of saturated fats and dietary cholesterol, the taboo on the consumption of red meat and egg yellow is being gradually lifted. In general, deriving dietary calories from fats rather than carbohydrates appear to prevent the development of insulin resistance which is perhaps the fundamental metabolic problem leading to the genesis of obesity, diabetes, and atherosclerosis,” he adds.

“The recent NFHS data shows obesity cases are on the rise. This is basically due to the erratic lifestyle, lack of sleep, lack of physical activity like sitting for long hours and not being able to do 8,000 to 10,000 footsteps per day, and eating more refined foods which are processed (containing maida, sugar, trans fats, salt, and preservatives),” informs Dr. Priyanka.

Hard marketing is taking its toll on children in a significant way leading to childhood obesity. More junk food is being produced and consumed every day. And society is paying a massive price for it, Every way!

Providing much food for thought, Dr. Venkatesh says, “Avoid snacking. Traditionally Indian societies have stressed the importance of fasting. Modern nutritionists are rediscovering the benefits of intermittent fasting, which appears to be safe and effective. Avoid fad diets like a vegan diet, liquid-only or fruit-only diet because these can lead to deficiencies of many essential micro and macro-nutrients.”

Obesity has become an international epidemic, as Dr. Ballal points out. “There is growing agreement that modern lifestyle is driving this epidemic by encouraging overconsumption and discouraging energy expenditure. Obese patients can develop proteinuria, which is followed by progressive loss of renal function, also called Obesity-related Glomerulopathy (ORG-FSGS),” he says.

High salt is an integral part of processed food, yet individuals can’t keep their hands off it.

“The effect of salt on renal function is related to its indirect effects on high blood pressure and a direct effect on renal function. Hypertension is both a cause and consequence of renal failure, and high salt intake acts as a force multiplier accelerating the downward spiral of Chronic Kidney Disease progression,” says Dr. Ballal.

Talking of marketing and fitness trackers has become the order of the day. But are we walking enough, forget 10,000 steps a day?

To begin with, drop the elevator, say experts.

So how does a sedentary lifestyle contribute to cardiovascular disease?

“While it is impossible to burn all the calories acquired through improper and excessive eating, exercise is important for improving cardiovascular conditioning,’’ explains Dr. Venkatesh.

“Exercise has been proven to reduce rates of heart attacks, strokes, and death due to cardiovascular diseases. Indirectly, lack of exercise also leads to a higher incidence of obesity, diabetes, and hypertension, which in turn lead to an increase in cardiovascular disease and mortality,” he adds.

Indeed, the roles of smoking and excessive consumption of alcohol have in triggering lifestyle diseases are enormous.

“Tobacco kills ten times the number of people due to cardiovascular disease as it does due to cancer. In all strata of society in India, smoking, especially in adolescence, is on the rise. This eventually adds to the burden of cardiac disease in the society,” points out Dr. Venkatesh.

The rise in the use of e-cigarettes by the day is then a cause of immediate concern. And the young most often are its victims.

“Tobacco is a significant cause of heart attacks, especially in younger individuals. It also causes atherosclerosis leading to blocks in the heart, stroke, and gangrene of the legs. While implementation of COTPA is leading to increased awareness of tobacco, youngsters are lured into e-cigarettes and hookah bars that act as bait and switch for tobacco use in these individuals eventually. Excessive alcohol consumption can lead to hypertension, worsening of diabetes, and strokes,” he says.

So how does the future look when it comes to lifestyle diseases?

“There is an urgent need to highlight the importance of modifiable lifestyle risk factors as a basis for treatment strategies to prevent the development and progression of chronic kidney disease,” says Dr. Ballal.

“Living a healthy lifestyle can help prevent diabetes, high blood pressure, and kidney disease, or help keep them under control. To lower your risk for kidney disease and the problems that cause it, follow a low-salt, low-fat diet, exercise at least 30 minutes on most days of the week, have regular check-ups with your doctor, do not smoke or use tobacco, limit alcohol and lose weight if obese,” he advises.

“The adage ‘Prevention is better than cure’ can never be over-emphasized. Prevention via lifestyle modification is the cheapest, most effective method and has no side effects,” adds Dr. Venkatesh.