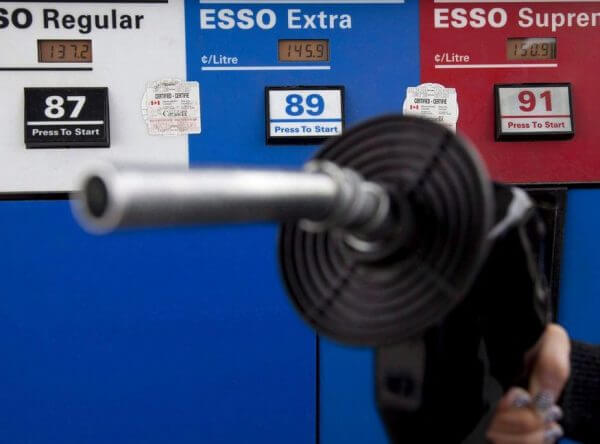 Layton has asked city staff to make up a number as to what the city will have to spend to deal with global warming, which he says is caused by the oil companies refuse to admit they caused it. He uses that rhetoric as he believes that the oil executives are acting just like the tobacco executives who denied the dangers of smoking.

That attack has been tried in multiple jurisdictions in the United States and has been consistently rejected by the courts.

On my NEWSTALK1010 radio show, Layton vilified the oil companies who “continue to make a profit, and I think they should be made to share some of those profits for the effect their products have on municipal infrastructure.”

Alabama man who killed pastor with sword spared execution
An Alabama inmate convicted in the 1991 sword-and-dagger slaying of a pastor has been spared a lethal injection.

The only way a business stays in business is to pass all costs to the consumer, with profit built in. If all costs are not covered, the business goes broke.

“Everyone always assumes that,” Layton said. “But the consumers will pay what the market dictates, right? They don’t have to pass those costs on. They are making enormous profits, as well. Why do we have to assume that it won’t come out of that profit-driven end?”

As Layton points out, many oil companies are huge. If they make a profit, the number looks enormous — in the billions. But their profit margin is consistently lower than that of most manufacturers and certainly of many sectors of the economy. But it is easy to present a large number in a manner designed to win the support of people who don’t know what a profit margin is.

I asked: “Who makes the most profit off a litre of gasoline?”

Layton replied: “That is something that I don’t know.”

According to a May 2018 report from the Canadian Taxpayer’s Federation (CTF), it is government with taxes making up “33% of the pump price for gasoline on average and 30% for diesel.” The oil companies and service stations do not enjoy that level of profit.

The CTF wrote: “Federal and provincial governments will collect an estimated $24 billion in fuel taxes in 2018, including $1.8 billion in tax-on-tax.”

Layton simply tried to deflect by saying that he was not trying to increase the price of gasoline. He said he didn’t think the settlement the tobacco companies paid out caused prices to rise.

However, last year, the CBC reported: “Wholesale cigarette prices obtained by Physicians for a Smoke-Free Canada and shared with CBC News show the cost of a carton of cigarettes has increased by roughly $7 since the last election.”

Layton said: “I am simply making the point that those who benefit over the degradation of our environment pay their share so it’s not stuck on me and you and our kids.”

So that would be many people with retirement money in a mutual fund, including union pensions. Ordinary people actually own the oil companies through stocks.

It is not just a couple of guys who look like the Banker from the Monopoly game, burning hundred dollar bills to light their cigars and laughing at the rest of us.

Layton is uninformed and on a fool’s errand, spending money at City Hall to take on a fight offering no benefit to you.