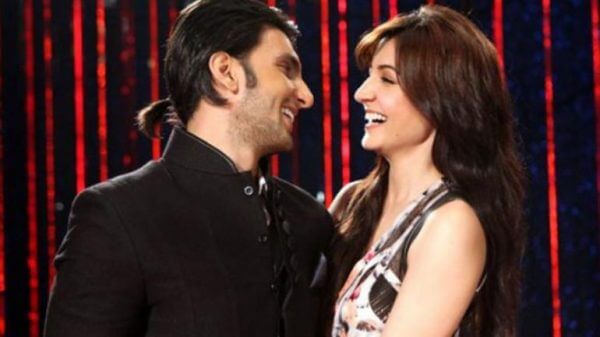 Ranveer Singh is truly a rising fashion icon of the country. His style may be outrageous sometimes but the actor definitely knows how to carry quirky statements and rock it with confidence.

It appears the Gully Boy actor has found another fan of his fashion sense now and it is none other than his rumoured ex Anushka Sharma.

Anushka recently gushed over Ranveer’s style at an awards night where she was awarded the title of Most Stylish Woman.

At the show, while receiving her awards, she brought up Ranveer’s fashion.

Anushka revealed that when she posted the pictures of her attire for the night on Instagram people compared her style with Ranveer.

She also went on to compliment him for the way his style has captured such massive attention.

“I also got a lot of comments on the pictures that I have put up. See Ranveer this is the position you’ve created for yourself. You should be proud of that,” she said

Anushka had donned a quirky bee inspired power suit at the awards night. She kept her look simple yet stylish by not going overboard with the accessories and makeup.

Ranveer also won the title of Most Stylish Man at the awards night. Though the two were once in a relationship, they share a cordial friendship now.

The two are happily married and Anushka even came to congratulate Ranveer and Deepika on their marriage.

In fact, Anushka was one of the first Bollywood celebrities to wish Ranveer and Deepika on their wedding.