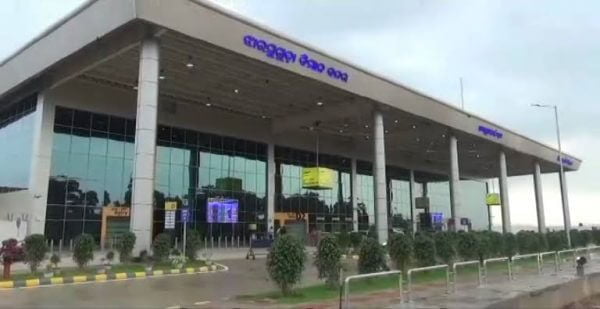 Jharsuguda: Direct flight services resumed from Veer Surendra Sai Airport in Jharsuguda with the arrival of two planes of budget carrier SpiceJet at the airport this afternoon. The two planes were welcomed with the water cannon salute at the airport.

Later the first commercial flight (189-seater) took off from Jharsuguda airport to New Delhi whereas the second flight departed for Hyderabad. Official sources said the last flight is scheduled to depart for Kolkata from Jharsuguda at 8:40 PM.

Earlier, a team of SpiceJet had visited Jharsuguda airport on February 9 and conducted a detailed review of the infrastructure and other security-related aspects.

“It is a historic day for everybody as a lot of efforts was made in this regard. A first major commercial flight will land at the airport and start services from Jharsuguda airport,” said Jharsuguda airport director, SK Chauhan.

Bapi Mahanta, a local resident said that once the flight operations resume the people of Western Odisha will be benefited.

Prime Minister Narendra Modi had inaugurated the Jharsuguda airport on September 22, 2018, but the flight services were stopped after Union Civil Aviation Ministry cancelled the license of Air Odisha which was operating the services from Jharsuguda to Raipur on the charges of irregularities in November last year.