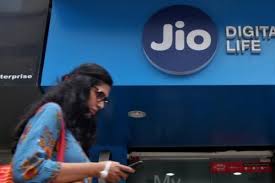 Telecom Regulatory Authority of India or TRAI has released the latest numbers for the telecom industry, for the month of January 2019.

And there is one big positive news for Airtel: For the first time ever, Airtel has beaten Jio, when it comes to adding new mobile broadband users.

Besides, in related news, it has been revealed that BSNL has launched its VoLTE services in some selected cities in India.

Ever since Jio entered into the market in 2016, this is for the first time that Airtel has managed to beat Jio in the mobile broadband space.

Mobile broadband refers to broadband access via mobile devices such as dongles.

The State Of Telecom In January 2019: Overview

Here are some of the highlights from the report:

You can access the report by TRAI right here.

After launching 4G across some selected cities, BSNL has now started offering VoLTE services as well.

Some users in Gujarat who are using 4G SIM received this message from BSNL, with instructions to activate the service: