Inflation rises on increases in the cost of food and wine 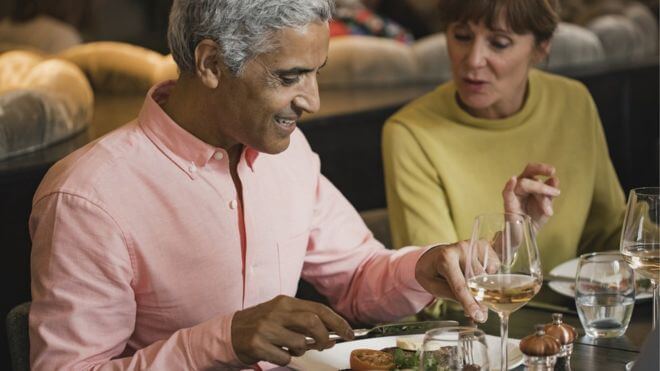 The rate of price changes, measured using the Consumer Prices Index (CPI), rose to 1.9%, from 1.8% in January.

House prices are rising at their slowest rate for almost six years, the Office for National Statistics said.

Inflation overall was “stable”, with rising food and alcohol prices offset by slower price rises in clothing and footwear, the ONS said.

Why has inflation risen?
Prices for food and non-alcoholic beverages went up by more from January to February this year than in the same period a year ago. The main upward contributions came from bread, cereals, and vegetables, the ONS said. Tobacco prices also rose more than last year.

Duty on a bottle of wine rose on 1 February, pushing the cost of a bottle up by 8p, a tax rise that was announced in the Autumn Budget, alongside a rise in duty on some high-strength sparkling cider.

“Rising prices for food, alcohol, and tobacco, and across a range of recreational and cultural goods produced the largest upward contributions,” the ONS said.

“The largest, offsetting, downward contribution came from clothing and footwear, with prices rising between January and February… but by less than between the same two months a year ago.”

The inflation rate measures price changes over the last 12 months and is updated every month.

Prices are rising slightly more quickly, but the inflation rate remains close to the two year low it hit in January.

Moreover, wages are rising at a much faster pace, of 3.4%. So any consumers benefitting from salary increases will feel better off.

Will inflation keep rising?
Inflation fell slightly in January after the introduction of a cap on domestic energy prices. But the government has already planned to raise the level of that cap in April.

Suren Thiru, head of economics at the British Chambers of Commerce (BCC), said that would mean further upward pressure on prices over the next few months.

“Businesses also continue to report that the cost of imported raw materials is rising,” he said.

However, he said that over the longer term, inflation would remain near the Bank of England’s 2% target level because of “the UK’s weakening economic outlook”.

Ruth Gregory, the senior UK economist at Capital Economics, said inflation was unlikely to stay below 2% for long and said February’s rise marked “the start of an upward trend which could see inflation reach 2.5% by April”.