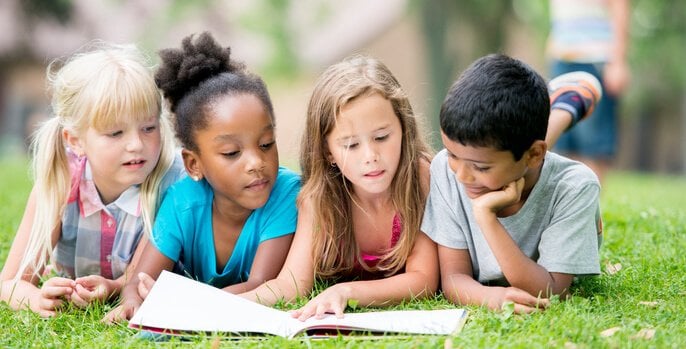 Kids’ magazine Highlights for Children strongly condemned the Trump administration’s policy of separating migrant children from their families at the U.S.-Mexico border in a blistering statement shared online Tuesday.

Kent Johnson, CEO of the venerable publication, urged the government to “cease this activity,” which he called “unconscionable” and said “causes irreparable damage to young lives.” He asked people to write to their elected representatives to express their outrage.

“As a company that helps children become their best selves — curious, creative, caring, and confident — we want kids to understand the importance of having moral courage,” Johnson wrote. “Moral courage means standing up for what we believe is right, honest, and ethical — even when it is hard.”

Johnson said the company’s core belief — that “children are the world’s most important people” — applied to “ALL children.”
“This is not a political statement about immigration policy,” Johnson continued, but one “about human decency, plain and simple.”

“Let our children draw strength and inspiration from our collective display of moral courage,” the statement concluded. “They are watching.”
Conditions at some U.S. border facilities for children have been described as “inhumane,” with youngsters reportedly looking after each other and denied access to basic provisions including soap, toothbrushes and toothpaste.

The magazine’s statement was well received by many people on Twitter, where some said they had now subscribed in support of its stance.
I was all set to quote-tweet this with a sharply barbed Goofus & Gallant analogy, but you know what? This is an awesome, unflinching statement, and you should just read it and, to lightly paraphrase Kent Johnson, draw strength and inspiration from its moral courage.

Parents are punching stuffed animals to get their kids to eat