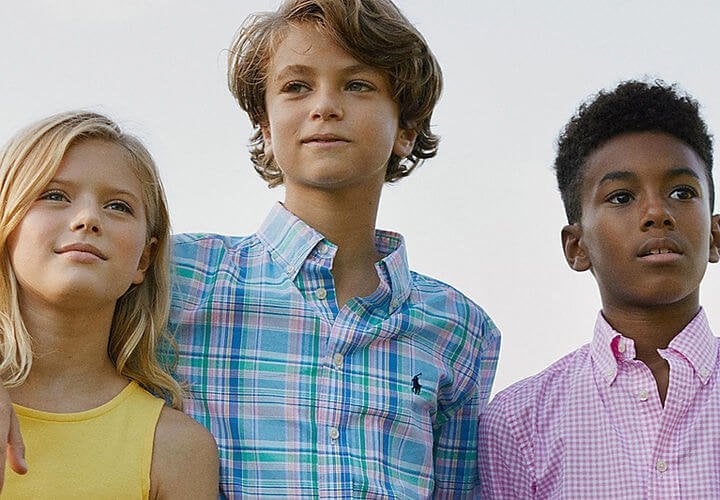 Everyone learns about climate change eventually—even children. And especially children in Monterey, California, home to one of the nation’s most incredible conservation-focused aquariums.

So it was fitting that the latest episode of Big Little Lies, HBO’s hit drama that takes place in Monterey, revolved around climate change. Though topics like sustainable seafood and emissions came up, the most interesting theme this episode delved into is how learning about climate change can impact a child’s mental health. And the show raised an important question: Is there such a thing as “too soon” to talk to your kid about climate change?

For those who don’t watch the Emmy-award winning show, let me break it down spoiler-free. The show revolves around five moms in Monterey—known locally as the Monterey Five—juggling motherhood, marriage, and a (literal) big little lie. These moms are played by the likes of Nicole Kidman, Zoe Kravitz, and Reese Witherspoon.

In the latest episode that aired Sunday, a second-grade class (whose students include the main characters’ children) is talking about sustainability and the impacts our choices have on the planet. After dissecting Charlotte’s Web, the famous children’s book, the teacher asks why Charlotte helps Wilbur, the pig. Though it feels like a stretch, the teacher uses the pig’s saved life as a moment to talk about how much water it takes to support America’s love of pork. A single pound of sausage costs us a thousand gallons of water, according to the second-grade teacher. The teacher doesn’t explicitly mentions climate change or anything too scary, but this is enough. Not long after, you hear a thud. One of the students, Amabella, has passed out.

The poor thing was having a panic attack. Later, when Amabella is talking to a therapist about the incident, she admits learning about climate change in school is freaking her out. And while not every kid will react this way, Amabella’s reaction is a very real one, said Aleta Angelosante, a clinical assistant professor at NYU Langone’s Department of Child and Adolescent Psychiatry.

“A child who’s going to have a more extreme response is probably a child who is more anxious generally,” she told Earther. “Whereas other kids, that’s not really how their brain works. They don’t get stuck in the spirals, or they don’t worry as intensely.”

It makes sense that Amabella is the one to pass out in the show. Her mom, Renata Klein (played by Laura Dern), is way too intense. The poor girl is dealing with some serious stress at home and beyond climate change. However her mom doesn’t respond to the situation by trying to acknowledge her role or figure out how to help her daughter deal with reality. Instead, she bugs out on the teacher and principal instead. The way she sees it, her daughter is too young to be learning about climate change in school yet.

We know that climate change, in general, threatens our mental health. So much so that the American Psychological Association addressed the topic in a 2017 report. But I’ve never stopped to wonder how learning about it could impact the mind of a child. After all, we’ve recently seen a wave of activism and energy from some of society’s youngest, and they seem to be handling it just fine. Then again, could Amabella’s mother be right? Is second grade too soon to talk to your kind about climate change?

I asked Angelosante that question, and the short answer is no. School-age children should be able to handle the topic if it’s presented to them in a way that they can make sense out of, Angelosante said. Second grade feels totally reasonable for kids to learn a bit about it, and that’s really what’s key: that kids receive bits and pieces throughout childhood so that they have a fuller grasp of the issue by the time they become adolescents. Some research suggests late childhood or early adolescence may be the best time for adolescents to become engaged on the issue, but going into that formative period with a little extra knowledge doesn’t necessarily hurt. Plus, when kids learn about climate change, their parents can start to care, too.

However, every child is different. Ultimately, parents (and educators!) need to know their kids. Does your child stress easily? Do you have a worrier on your hands? If so, be strategic about how you present this doom-and-gloom topic to them. Don’t talk to them about it at bedtime because that could keep them up at night, which could cause further stress. And don’t overwhelm them with too much information too soon. There’s always tomorrow to give them a little more—if they ask.

“The way we talk about any difficult topic with kids … is to meet them where they are at,” Angelosante said. “Don’t give them more information than they need or that they’re asking for.”

Maria Ghiso, who runs the Rainforest Alliance’s education program, suggests offering solutions to kids whenever you do bring up the topic of climate change. That might not prevent every kid from getting scared—after all, the teacher in Big Little Lies was essentially telling his class that skipping the sausage would reduce their environmental footprint—but it does show them “there is a way forward and hope,” Ghiso told me in an

“For all of us, but especially for young people,” she wrote, “it is important to understand the role we each can play so that the feeling of being helpless and afraid can turn to action and hope for the future.”

It’s easy to feel hopeless about climate change. But we’re not as doomed as Amabella feels. Kids need to hear the truth—and they need support when the truth is scary.