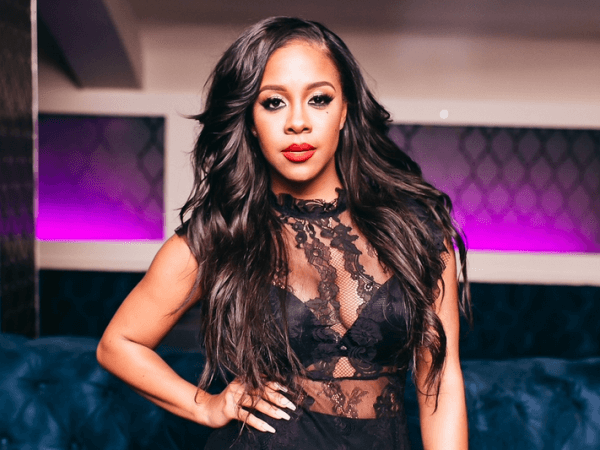 In the present-day, the movers and shakers of the music industry operate not only in the four walls of buildings housing established and well-renowned companies but also outside of it with entrepreneurs and tastemakers alike making a way. Enter Miss Diddy, the CEO/Founder of The Brand Group and The People Group, a Compton native who got her start working in promotions on the west coast for G.O.O.D. Music before segueing into other facets of the industry. In 2014, she launched The Brand Group and the rest was history.

Below, Miss Diddy talks about her start in the industry and rising to be one the first female promoter in LA to work in the music industry and promote at the same time as well as successfully launch a company that has worked with several high profile clientele:

You got your start doing west coast promotions for G.O.O.D. Music. What did you learn from that experience that helped you in your career down the line?

I was blessed to be able to come in at that type of level with that type of superstar and machine. More than anything I was able to witness Kanye’s boldness and him not really having fear to go all out on what he thought would be dope. Being with those guys shaped me to be fearless and not think about if other people think something can happen or not. I don’t get discouraged easily if someone doesn’t think something is dope. I created myself and curate what’s fly or dope and that’s why I say I am a lifestyle specialist versus just a promoter or a publicist because it’s really a lifestyle. I learned from them to go for what I believe in.

You’re a native of Compton, CA and you do a lot of work for your community. Name a couple of women there who inspire you as a businesswoman while you were growing up or now.

Of course the mayor of Compton, Aja Brown is my biggest inspiration. She’s in the city and bootstrapped up making a change and moving the needle for our city. She brings a real visibility aspect to our city from the entertainment/sports side as well as the political/community side. It’s tough to fuse those worlds and manage relationships in a way you can really make a difference. So I would say Aja and her chief of staff Melissa are the reason I’m able to do as much as I’m able to do in Compton. They have a heart for the city in a way that I hadn’t seen previously. As a result of that, it allows me to utilize my talents and resources to help the city as well. Aja is my sister, confident, and also someone I definitely look up to be.

I always worked in corporate as well early on besides in entertainment. I was in the insurance field and loved it. But God told me to leave that company, and I did. I became a promoter because it was an easy transition and made sense. I always knew everyone in the city. I stayed a promoter for a number of years and learned as a confident but graceful woman, I’m never going to get the recognition I deserve if I stay at it in this way. I would be working really hard but the boys will always get the credit. Alongside me being a promoter and curating nightlife, I was also a tour manager for Omarion. Omarion and I grew up together since we were five years old in kindergarten. Omarion and I came to a transitional time in our personal and business life and decided to split ways. The next day I started my own business. I wanted to open my own company because I never wanted to be in that position where someone is in control of my livelihood ever again. I wanted to pay myself for the rest of my life.

What were some early challenges of being an entrepreneur that you overcame?

The early challenges are still challenging to this day because you’re learning business which is something that wasn’t taught much in my community. For my parents, they worked hard and took care of us but no one ever sat me down and taught me how to run a business. I didn’t grow up learning how to do taxes, pay employees, etc. So I had to learn how to actually operate a business. Thank God I never had a problem bringing in business because I’ve always been in purpose but it was more so the operational side of dos and don’ts. If you make one bad decision, it could cost your whole company. I’ve been in situations where if I didn’t make the correct decision, it could cost me everything I’ve built. So being aware and paying close attention to details is something that became very important to me in entrepreneurship.

How does spirituality play a part in your professional success?

The only thing that drives my success is God. I have a different role in the world. Some people want to do marketing, publicity, A&R or be famous but for my life, I answered a call from God. I told God yes which meant I have a responsibility to the generation to showcase what it looks like to be in the kingdom and be successful. People don’t understand why I’m able to be around as many people as I’m able to be around. It’s because my ministry is really in the field and not in the pulpit. It’s the only reason I am successful in my opinion. The day I don’t acknowledge God anymore in my life is when I know he can take it away from me. I know that.

Who were some of the established individuals in the industry that supported you at the beginning that was pivotal to your career?

Kanye West for sure of course and John Monopoly who was President of G.O.O.D. Music at the time I was working there. Don C, Kenny Burns, Russell Simmons, and Steve Rifkind all supported me early on. When I did the All Def Comedy Live show with Russell every week, he let me be me and it allowed me to be who I am and not have to be in a cage or dumb myself down. It’s an ego-driven community sometimes in music so it’s good to have supporters. Mona Scott Young also has supported me as well.

What’s next for you this year?

I do a huge event called Toast to Young Hollywood every year during the BET Awards week here in LA where I honour great movers and shakers in the industry as well as people moving the needle and making a change in their communities. Last year I honoured the mayor of Compton Aja Brown, Baron Davis, and Angela Rye. In the past, I’ve honoured Lauren London, Justine Sky, Keith Powers, Cortez Bryant, John Wall and more. This year I’m really focused on that and will be honouring Tamika Mallory. She’s in the trenches with a lot of families in the community making real change. We also have another request to honour someone out so hopefully, that comes through! I also hope to do a festival and community day this year as well.

Learn to play the ukulele with Wes Frank Norman