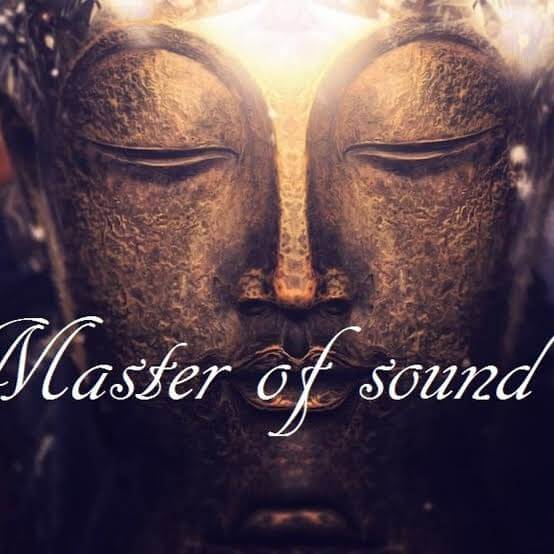 THE grimy underbelly of a nameless street stands out as a group of heavily armed police officers stealthily run through the dark of the night, weaving through decrepit buildings as they stalk a group of criminals. Shots suddenly ring through the air. And just as quickly, it escalates into a volley of gunfire between the two groups.

Bullets zing everywhere; someone gets shot in the leg; a vehicle screeches through the dimly lit street. The cacophony of sounds is overwhelming. If you’re anything like me during a movie, you’d be at the edge of your seat, clutching your bag of popcorn as your heart thunders in sync to the exciting scene that’s being played out in front of you.

Cacophony may be, but to audio engineer Delvinder Singh, it’s the sounds that get to him all the time.

As we watch a clip from Police Evo 2 – not at the movies, but from the cosy enclave of Maveriq studio in Petaling Jaya — I’m fascinated by what Del (“Call me Del,”, he tells me by way of introduction) does while listening: he’s got his head tilted to one side, with a faraway expression on his face.

And that’s pretty much how he looks at that moment. I can picture the shift between him listening intently to a particular sound, then putting on his headphones and trying to recreate it. That, really, is the ultimate challenge for a sound engineer. “The excitement of capturing something is what keeps us going,” he attests, smiling.

The walls of Maveriq studio are lined with music memorabilia of singers, musicians and bands they’ve worked with.

Meanwhile, the modest bungalow which houses the studio is nondescript. There’s no giant billboard indicating its presence in the quiet streets, but don’t let its plainness fool you for a minute.

Touted as one of the leading studios in Southeast Asia, Maveriq provides an entire spectrum of audio-related services, from music production to audio post-production. Inside this finishing school for some of the biggest movies and albums, Del is contemplating the intricacies of the mastering process.

“There are a lot of balls in the air,” he admits, adding: “On the most basic level, you have to make sure everything is properly levelled, sonically placed, equalised, compressed and, if necessary, edited.”

As part of the team of sound engineers attached to the studio, Del juggles those aural concerns as well as just about any engineer in the business.

Del hard at work with band Kyoto Protocol.
He didn’t always want to be a sound engineer. “I liked the animation and graphic design,” he confesses candidly with a shrug.

Moving to a technical school in Setapak at the age of 16, Del was influenced by the music that his classmates were into.

“At that time, I grew to love local Britrock-channelling Malaysian group Bittersweet,” he recalls.

While his friends were ardent fans who enjoyed the music, Del found himself reading through the album sleeves and was fascinated with the terms “audio engineer” and “sound engineer”.

“I looked up those terms online and found out what they actually meant,” he says.

After Form 5, he didn’t want to take the well-beaten path into typical job-specific technical training for work in the trades.

“That was NOT what I wanted to do!” he avers with a laugh.

He wanted to follow his dreams and so he started out in graphic and animation for about a year before wanting to get to grips with the workings of a studio.

“I gave that up after realising that audio was my calling after all,” he confesses.

He then enrolled in the School of Audio Engineering in Subang and completed his Diploma before going on to obtain his degree in audio engineering in Perth later.

Working with jazz musician Marques Young better known as Q Sound.
“I was initially worried after graduating that the job prospects for an audio engineer wouldn’t be so great – especially on this side of the world,” says Del, candidly, adding: “My lecturer had advised us that we should start looking for jobs at the start of the final semester but I didn’t do that.”

Why not, I ask. He shrugs his shoulders and looks sheepish. Millennial, I shake my head, and Del laughs.

He was lucky, he adds, because Maveriq Studios was looking for an intern at around the same time.

“I was an intern for around two years, and they liked me. So I was hired!” he says with a grin.

Did that mean he had to do a lot of grunt work as an intern? “Of course!” he exclaims, before elaborating that it involved a lot of setting up and getting things ready for other people.

Del’s first experience was in live music production. Whether you’re working out in a pub setting or an arena, being a sound engineer involves a lot of living by your wits, he says, explaining: “When something unexpected happens, you’ve got to deal with it as it comes, methodically and calmly. You become more aware of the laws of physics: architecture, the limitations of the venue and not being able to change any of those things. It was quite the experience,” he recalls.

It’s an amazing buzz, he continues, when the lights go down and the music starts because for the next couple of hours, that’s his life.

“Sometimes, you kind of enjoy one or two things going haywire. Well, maybe not enjoy, but it’s a challenge. It’s like doing the crossword — but in front of an audience!” he adds, before sharing that the setting up of live sound was easy for him.

“I learnt that at college, but learning about the software and how it operates was tough. I needed to learn fast!”

FROM REEL TO SOUND

Polis Evo 2 was the first movie Del worked on, involving sound editing and foley work.
He soon discovered that the call of studio work was more inviting.

Movies, shares Del, got him hooked on sound editing and foley work.

Foley (named after sound-effects artist Jack Foley) is the reproduction of everyday sound effects that are added to the film, video, and other media in post-production to enhance audio quality.

These reproduced sounds can be anything from the swishing of clothing and footsteps to squeaky doors and breaking glass.

“My introduction to this aspect of sound engineering was the movie Polis Evo 2,” says Del, his eyes sparkling.

“It’s the hardest thing I’ve ever done because the first Police Evo movie that came out before had set the benchmark at the Malaysian Box Office. So, the pressure was high to make this second instalment just as good.”

The monstrous complexity of the audio engineer’s (like Del’s) work – the quest to make films sound the way the world sounds – may not be immediately apparent.

Each reel goes through picture editing (for such things as visual continuity or colour) before being handed off to the sound supervisor, who oversees all the various elements of sound design, editing and mixing.

The distinction between these three processes is subtle: design and editing have more to do with the creation and selection of the sounds that make up each scene, and the development of a cohesive aural aesthetic for a movie.

Mixing involves taking sounds created by the designers and editors and integrating them in each scene so that everything sounds “natural”; in other words, making sure the sound of the butterfly landing on the hood of the car isn’t louder than the car backfiring.

“It can be complicated,” admits Del, saying that this often entails hours of studio work.

“I practically lived here!” he says, laughing while waving his hand around the studio.

The entire team worked long hours and often on weekends. At almost any time of any day during that period, you could find Del seated before a sound console.

“The director Joel Soh was extremely meticulous. He went through every scene and basically put a mark on each sequence on where the shots were fired and what they were hitting,” he recalls, adding: “I remember that there were about 10,400 gunshots in that whole movie!”

The audio engineers had to follow each segment carefully and ensure that the sounds layered on were in sequence with the action.

For Del, it wasn’t just the exchange of shots between two people on screen; the off-screen background volley of shots and noises had to be created as well.

“The entire gun shooting sequence took me about two months to complete.”

Did you have gunshots ringing in your ear every time you went home? I tease. “Of course!” he laughs.

All this, I realise, requires a very particular – and somewhat strange – set of talents and fascinations.

You need the ability not only to hear with an almost superhuman acuity but also the technical proficiency and Job-like patience to spend hours getting the sound of a kettle’s hiss exactly the right length as well as the right pitch. And not only the right pitch but the right pitch considering that the camera pans during the shot, which means that the viewer’s ear will subconsciously anticipate hearing a maddeningly subtle (but critical) effect.

In other words, to do this work, you need to be a little unusual.

“You have to use your imagination,” he confides, before admitting that he watched a lot of movies for references. “It was such a steep learning curve, but I loved every minute of it.”

There’s something slightly unnerving about spending time around people whose powers of perception suggest the existence of an entirely different layer of reality that you’re missing. The vast majority of people walk around not hearing most of what there is to hear. Not so, for most sound engineers.

After spending a lot of time at the studio, even a layperson’s ears grow hypersensitive – the rush of boiling water into a mug, the far away drone of planes overhead — even the barely perceptible squeal of the hinges on glasses becomes nerve-jangling.

“You have to get really good at selective listening, at turning it on and off,” says Del. It can be mildly excruciating to listen this hard, to hear so much.

Does this keen hearing sense bother him otherwise? I mean, imagine going for a live music gig with friends and having the terrible sound bother you somewhat a lot more than the normal audience. “Oh yes,” he admits freely with another hearty laugh. “I’ve even had to walk out of places and told my friends that I’d wait it out elsewhere!”

From live sounds, movie effects and albums, Del’s keen sense of hearing has taken him on an audio adventure like no one else. “I love every minute of this,” he declares with a smile.

In the digital age, sound engineering can be cluttered with a variety of software and apps that can do just about anything, with algorithms that are able to sort through a plethora of effects. But as Del would attest, they’re not a replacement for human instinct. “That’s where we come in,” he concludes, smiling.

Travel to Sunderbans in the cruise! MEA to start cruise service between India, Bangladesh from Friday