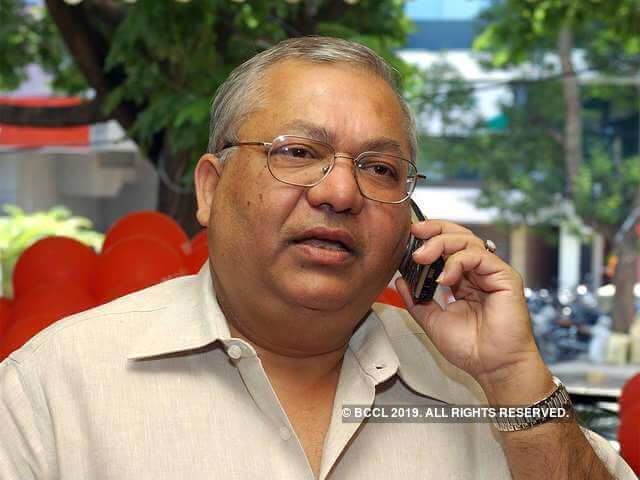 “We are exiting the J-Mart stores venture as the business model wasn’t working for us,” said Jaipuria, president of the $1.6-billion revenue group.
New Delhi: Three years after Ravi Jaipuria entered the grocery retail business, PepsiCo’s largest South Asia bottler is exiting the loss-making venture by closing around 100 of J-Mart convenience stores.

“We are exiting the J-Mart stores venture as the business model wasn’t working for us,” said Jaipuria, president of the $1.6-billion revenue group that has businesses spanning from beverages to running franchisees of global brands, including Pizza Hut KFC and Costa Coffee.

Jaipuria entered the lucrative yet challenging grocery retail business in 2016 in a bid to leverage its PepsiCo bottling supply chain as well as its manufacturing capabilities of various products, including juices, chips, ice-cream, and bread.

However, the chain, that generally opened 300-500 sq ft convenience outlets in neighborhoods, failed to make a mark in a market that has larger existing players including the Future Group, Reliance Retail, Spencer’s Retail among others as well as a new breed of online grocery firms such as BigBasket.com and Grofers.com.

Losses at Alisha Retail, the unit that operated J-Mart chain, nearly doubled to `42 crore for the fiscal year ended March 2018 on total revenue of about `73 crore that year, according to Registrar of Companies figures sourced by research firm Veratech Intelligence. Alisha Retail reported a loss of `22 crore in the previous fiscal year.

“The J-Mart venture was too small, and we may consider reentering in the future. There are no immediate plans,” Jaipuria said.

Jaipuria’s RJ Corp has made a fortune and has grown to be the largest bottler in South Asia and one of the top three bottlers for PepsiCo worldwide. Last month, RJ Corp’s NSE-listed flagship entity Varun Beverages (VBL) had acquired PepsiCo’s bottling, sales and distribution franchise rights in the west and south India for Rs 1,850 crore, involving the transfer of 1,900 employees.