How to hack the free economy 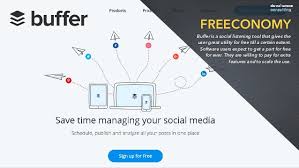 one evening a few months ago, I had dinner at a restaurant in San Francisco called Dirty Habit. It was aptly named. One of my companions that night was a friend from the tech industry – he had studied at Stanford Graduate School of Business and been an executive at a self-driving-car firm before founding his own startup. But as we ate, he flaunted a different sort of achievement: he had lived in the Bay Area for years and never paid for a mattress.

My friend, who asked not to be named, approached this challenge methodically. First, he compiled a spreadsheet of all the mattress firms’ free trials and return policies. Then he proceeded to take advantage of them one by one, “buying” six mattresses in turn and returning them just before the deadline, at no extra cost – and getting all his money back. He usually made the switch just before he moved apartments, so he didn’t have to lug a heavy mattress across town. As he described his strategy, I found myself torn between admiration and disgust. His ruse was ingenious, but was creating an Excel file about bedding really the best use of his time?

Taking advantage of promotions is a worldwide phenomenon, but techies stalk deals with extraordinary ingenuity. The perks of the “freeconomy” range from the quotidian to the luxurious. Startups, flush with funding from venture capitalists and eager to grab the attention of new customers, offer free food delivery, prepared meal kits, grocery-shopping, dog-walking, errand-running, moving, laundry and ride-hailing. Some techies boast that they have even figured out how to get free nights on Airbnb and nearly free flights from JetSmarter, which offers on-demand private jets. San Francisco is now more expensive to live in than any other city in America, but the biggest irony of its free economy is that the people who are the most adept at exploiting it are the people who need its benefits least: well-to-do nerds with high-paying jobs that come with plenty of benefits.

I used to think I was, if not a free economy professional, at least a high-level amateur. Since I moved back to San Francisco, my home town, four years ago, I have learnt the local tradecraft. Locals often use multiple email accounts and different credit cards when signing up for apps so that they appear to be a first-time customer. I play hard to get, wandering away from service for months only to sprint back as soon as they offer me a coupon. When I need a ride, I play Uber against Lyft to see which ride-hailing service offers a better deal. I’m currently using Lyft: they offered me 25% off ten rides.

I have come to realise, however, that I am nothing but a novice. One popular route to free riches involves a “referral code”, which gives each person who uses it credit for helping secure new customers. Felix, who runs a startup in San Francisco, has taken this to extremes. He accomplished what he calls his “Bay Area hack” by buying around $600 in advertisements on Google and placing his referral code from Uber in each ad. He spent hours fine-tuning his approach until his ads often had a higher click-through rate than Uber’s own. For each person who signed up to Uber’s service through his ad, he received a credit. He eventually amassed $30,000 in credits, which allowed him to ride around the city in Uber’s cars and eat three meals a day from UberEats, the company’s food-delivery service, for a whole year without paying a cent.

Companies know consumers try to take advantage of them, but some entrepreneurs choose to be willfully blind to it. “A little bit of you doesn’t want to find out,” says Sean Behr, the boss of Stratum. “You want to believe your product has traction.” His startup, which offers parking services to companies, had to pivot its business away from cheap on-demand valet parking when consumers like me exploited it feverishly.

The free economy may ultimately fizzle out when the tech boom sputters and venture capitalists grow less comfortable with their cash being used to win new customers at any cost. In the meantime, this bargain-hunting tells us three things about the mindsets of techies in Silicon Valley. First, to compete with giants like Google in a cut-throat talent market, companies are offering their employees a huge variety of perks, from meditation rooms to concierge services to egg-freezing for women. This corporate munificence has led to entitlement. Techies expect all companies, not just their employers, to take care of them.

Second, techies are more concerned about getting a good deal than they are about ownership – which explains why people are willing to return mattresses and why many techies get their sheets from a company that offers free samples. For them, living in the Bay Area feels like being at the centre of a well-funded research lab where local startups test new ideas and services to see how well they fare. “I love San Francisco. You see the future that will never work,” one high-profile entrepreneur mused at a dinner party, as a delivery person cycled up a steep hill in a far-flung part of the city to deliver food from miles away at almost no cost.

Third, and most importantly, exploiting the free economy is a way to take back control. Tech companies have amassed fortunes by tracking consumers, gathering as much data as they can about them, predicting what they are looking for and manipulating them to spend as much time with their products as possible. This is especially true for firms like Facebook that are now under fire for making money out of surveilling consumers across the internet. But plenty of other companies make it their business to know consumers: they employ people to study users’ locations and behaviour in order to lure them in.

For my mattress-scheming friend, getting free things from companies “in some small way allows you to reclaim sovereignty on your own internal state. It’s David versus Goliath. It’s sticking up for the individual over the company.” And who doesn’t like rooting for the little guy, even if his slingshot was heavily discounted?

Where millennials turn for financial advice