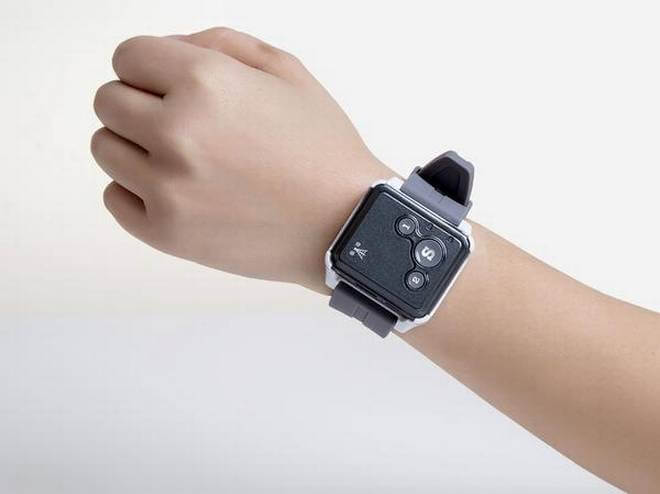 Innovative Ideas & Services has evolved from being the purveyor of simple video door phones to wearable safety devices with advanced features.
Security is an important aspect, especially for children, women, and senior citizens in today’s world, where there seems to be a potential danger lurking at every turn.

While earlier, a security guard at the entrance of a building, office, or school was considered an effective deterrent, today’s world demands much more effective and sophisticated security systems with round-the-clock monitoring and surveillance capabilities.

Mumbai-based Innovative Ideals & Services (India) Ltd., a listed, small and medium enterprise (SME) on the BSE, was started 25 years ago to provide electronic security solutions. A journey that started with simple video door phones, at a time when such gadgets were a novelty, had seen the company keeping pace with the evolving technology in areas of home automation, closed-circuit televisions, intrusion alert systems, and most recently, a wearable safety device with advanced features like geofencing, tracking, one-touch panic button and even calling facility.

“Savior is a product that we soft-launched around six months back intending to enhance the safety of children, women, and senior citizens,” said Maqsood Shaikh, managing director, Innovative Ideas & Services (India) Ltd., adding that it had sold about 250 units till date.

One-touch panic button
“There is a one-touch panic button, and the wearable device can call on its own. We are trying to work with government authorities to enhance its reach and acceptability,” added Mr. Shaikh., an electronics and telecom engineer by qualification.

More importantly, the product also has a geofencing feature that alerts the person strays from the predefined route.

Currently available at ₹6,000, the firm is trying to create a business model for Savior wherein a user can pay a fixed monthly charge instead of an upfront price that, at times, could deter a potential user. Incidentally, Savior is a much refined and advanced version of an intelligent security device called ‘ArmHer’ that the company developed around five years for the security of women.

“It was a small panic switch and convenient to carry like a keychain. It was connected to your smartphone, typically the first thing to be snatched in case of an attack. The woman could press the device, and an alert was sent to predefined numbers with the date, time, and location,” said Mr. Shaikh.

The device, however, did not see much success through the journey of the company continued but not without the usual set of challenges that any business faces.

The company was started in 1993-94 and made video door phones, to begin with. The first few years were replete with challenges in terms of money to scale up the production and penetrate the market.

“When we started our business, video door phones were not ordinary. Even CCTV’s could be seen only in high-end residential projects or at jewelry stores,” said Mr. Shaikh, who earlier worked with Global Telesystems to introduce the fax machine in India in the late 1980s.

The company then decided to tap big builders directly and install their products in mega townships with more than 1,000 flats.

With the foundations laid, the firm moved into the home automation segment, wherein their systems can be installed on a wired or wireless basis. Things like lights, fans, and air conditioners, among others, can be controlled remotely via remote control or a smartphone.

“Making a product is the easier part. Servicing it is the more important and difficult part. There is a vacuum in this industry in terms of after-sales services. Our maximum downtime is four hours,” said Mr. Shaikh.

Then came the high-speed fiber vertical. The company provides fiber cable connectivity to large residential complexes making it easier for the residents to convert their homes to so-called ‘smart homes’‘.

The company had worked with some marquee names in the real estates’ sector like Rustomjee and Godrej Properties.

According to Mr. Shaikh, there is a good demand in the smaller towns and cities where the company manages to sell about 40,000 units per month. It had also tied up with Leagoo, a global smartphone maker, to market its products in India through its network of 10,000 retailers.

Focus on exports
Going ahead, the company, with a staff strength of almost 250 people, wants to focus on exports and has opened offices in Dubai, Bahrain, and Singapore.

To keep pace with the evolving technology, the company also intends to launch products with the Internet of things (IoT) concept in the coming fiscal.

The company was listed on the SME platform of BSE on October 10, 2018. While the issue price was fixed at ₹40 per share, the shares are currently trading at ₹160, with the market capitalization of the SME pegged at ₹182 crores.