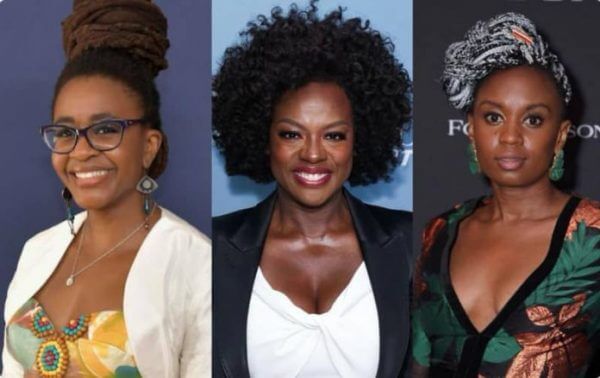 Learn about the exciting new Amazon series being developed by Viola Davis based on Octavia Butler’s novel ‘Wild Seed’, which will be adopted by Nigerian sci-fi writer Nnedi Okafor and directed by Kenyan Wanuri Kahiu. Wild Seed is a love (and hate) story of two African immortals who travel the ages from pre-Colonial West Africa to the far, far future. Doro, a killer who uses his power to breed people like livestock, encounters Anyanwu, a healer who forces him to reassess his millennia of cruel behavior: for centuries, their battles change the course of our World as they struggle against the backdrop of time — master vs. slave, man vs. woman, killer vs. healer.

Prioritizing the Study of African History For the first time, the LVMH Prize has nominated two Africans, all the more poignant because finalist Thebe Magugu has based his collection on African history. At 26 years old, Thebe joins a concise list of African-born designers nominated for the LVMH Prize. The historic lack of African representation within the competition and inside other Western design institutions has less to do with an absence of talent on the continent and more to do with the tendency for people living outside of Africa to not appreciate or consider African fashion beyond the scope of traditional African printed designs that have come to define the industry. Entitled African Studies, Thebe feels autumn/winter 19 a multi-disciplinary project as an actual collection. Just last month, he debuted his new zine, Faculty Press, which explored the same theme. This concept of African studies has inspired him to reflect closely on the traditional images of Africa and insert them into a contemporary vision that, like the rest of the World, is impacted by global modernization.

3Chioma Onwutalobi on Creating the Most Distributed African Lifestyle Magazine

Glam Africa is a massive success as an African lifestyle magazine, and it’s all due to the tireless efforts of a 24-year old entrepreneur, Chioma Onwutalobi. She was recently featured on Forbes, highlighting her story as a successful entrepreneur. This feature highlights the journey of a 24-year-old entrepreneur seeking to change the narrative associated with Africa. From a thriving legal career to diving into the publishing industry, she shared what led her down the path to working with some of Africa’s most prominent celebrities, making Glam Africa the most distributed African lifestyle magazine today. Chioma’s career began in the legal department of a London-based oil & gas firm. Qualifying as a lawyer was something she had always wanted to do. As part of her role, she frequently traveled to various parts of Africa, often for months at a time, including Nigeria, Ghana, South Africa, and The Democratic Republic of Congo. While working on deals, she felt significantly disconnected from her country of origin and realized that she knew very little about neighboring African countries. When sharing this with her peers (many of whom are second or third-generation African immigrants), it became clear that this was a common theme and concern for them. At university, Chioma had previously created one of Nigeria’s most popular news websites, which at one point ranked in the top 100 on Google Analytics, so was familiar with the concept of distributing online content that would keep readers engaged and updated with trending news.

Learn about the extraordinary life and untimely death of Nigerian art curator Okwui Enwezor, who transformed the curatorial World and catapulted Africa into the global art scene. Over two decades, Okwui Enwezor emerged as a dominant and highly influential voice in curatorial practice and contemporary art history. Born in Nigeria in 1963, Enwezor not only introduced many artists and works to calcified Western canons. He was also a trailblazer in roles that Europeans had historically occupied. His brilliant conceptual rigor was realized in exhibitions that often felt larger than life. His curatorial style usually mashed up, combining unexpected encounters between art, documentary, popular culture, and the archive; between different media, and past and present.

5This Bible Verse Inspired Building Has a Unique Swan-Like Design

See the gorgeous chapel on a vineyard in South Africa that is a slice of heaven. The Bosjes Chapel might be the following reason why Instagrammers might soon be hopping from Cape Town to a wind farm about two hours out of town. This is because the chapel, situated on a wine farm outside of Worcester, is something out of the ordinary. According to the project’s head designer Coetzee Steyn, the owners wanted the architecture to reflect a specific verse, namely, Psalm 36:7 – “How precious, O God, is your constant love! We find protection under the shadow of your wings.” The Bosjes compound comprises several buildings. The chapel is the centerpiece, reflecting the “manor house with surrounding outbuildings” approach, a popular way to configure farmhouses in the area traditionally. Construction of the Bosjes Chapel started in 2011 and was completed in 2016. The chapel is flanked by a restaurant named Bosjes Kombuis, also designed by Steyn Studio, and the two in combination are used as a scenic wedding venue, function hall, and wine tasting location.

“When I went to Morocco we went to an enjoyable cooking course in a city called Tangier. When we arrived, we were greeted by some lovely people and shown the right way to make and pour Moroccan mint tea. We even got to try some! They use a lot of sugar in the tea, making it very sweet, but luckily I like sweet tea. Next, we got onto the cooking, cutting vegetables to start our vegetarian Moroccan royal couscous meal. We made the couscous and a delicious topping that used cinnamon and spices. I loved the taste of it. We also got to make our bread. It was fun watching it go to the oven in the main town; all the local people used it for their bread. In the end, we tried the food, and it was amazing. It’s so cool that we made it by ourselves, and I can’t wait to make it at home and impress everyone!”

Epiphany, also known as Timket, a word derived from the ancient Semitic language of Ge’ez, is a joyous celebration and one of the most popular dates in the Orthodox Church calendar. In recognition of the three kings following the Eastern Star and bringing gifts to the Christ child, it takes place 12 days after Christmas on 19 January. Many come to listen to venerated priests and holy men perform the epiphany service around the baptismal pool or to hear sermons in a large tented area. But just as many are attending for the recreational activities taking place after religious readings are complete. After about half an hour, there is shrieking! Now the festivities begin. Several have brought footballs and set up impromptu pitches far from where profound sermons have been taking place.
In contrast, still, others bring picnic lunches of traditional Ethiopian food, including injera bread and wonderfully spicy curries and lentils. Small stoves are set up for coffee beans to be freshly roasted to make the deep, dark drink that is revered here. Some attendees have come by horse and offered rides to delighted children.

8This African Hotel from Star Wars to be Demolished

Much of the shooting for the original Star Wars movies took place in Tunisia, and legend has it that one local landmark made a powerful impression on its creator, George Lucas. The influence of Hotel du Lac in Tunis, shaped like an upside-down pyramid with serrated edges, would later be seen in the fictional Sandcrawler vehicle used by the Jawas of the Tatooine desert planet in the film. The brutalist hotel designed by Italian architect Raffaele Contigiani features 416 rooms across ten floors of increasing width. In February, architect and activist Sami Aloulou announced that the hotel was scheduled for imminent demolition on a famous Tunisian radio station. Loulou’s statement prompted an outcry on social media from architecture lovers. A petition was swiftly launched to save “one of Tunisia’s premier brutalist structures – important to the country and the World.

An ocean the color of Bradley Cooper’s eyes, mountains that rival Rio’s Sugar Loaf, and vineyards that produce a wine that’s so good, you’ll rethink everything you know about oenophilia. Cape Town has been southern Africa’s It city for the better part of the 21st century—a metropolis that’s maintained its relevance thanks to its transformative restaurant and design scene. As it continues to mature, like any good Cape wine, so do the areas surrounding it. Here, three new places to seek in Cape Town and its surroundings.

Africa’s Travel Indaba recognizes the importance of high-value-low impact tourism and preserving the environment through innovative solutions. For the first time, the indaba will introduce the Green Stand Awards to recognize exhibitors who go that extra “green” mile to build and design environmentally and socially sustainable stands. The awards have been implemented successfully at Meetings Africa in recent years. Bringing it to Africa’s Travel Indaba will start with exhibitors to consider responsible tourism as a part of their offerings. It will be taking place between 2-4 May 2019 in Durban, South Africa.

More Indians from Tier II cities travelling abroad than ever before! Punjab city tops the chart